Reagan-era conservative legal officials are shocked at the "judicial activist" mindset of the Supreme Court's right-wing in health-care mandate case, reminding us once again that the actual Regan adminstration would garner contempt from today's hard-core right-wing that dominates the Republican Party.


When the incoming Chief Justice John G. Roberts Jr. came before the Senate for confirmation seven years ago, President Reagan's solicitor general gave him a warm endorsement as a "careful, modest" judge.

"He's not a man on a mission," Harvard Law professor Charles Fried testified, adding that Roberts was not likely "to embark on constitutional adventures."

But two years ago, the Roberts-led Supreme Court struck down the federal and state laws that for a century had barred corporations and unions from pouring money into election campaigns.

And last week, the court's conservatives, including Roberts, suggested they may well strike down President Obama's healthcare law as unconstitutional. If so, it would be the first time since 1936 that the Supreme Court voided a major federal regulatory law.

Great segment from "Up w/ Chris Hayes" on the degenerate culture
of the upper echelons of "our" financial sector:


Visit msnbc.com for breaking news, world news, and news about the economy

"How to Prevent a Financial Overdose" 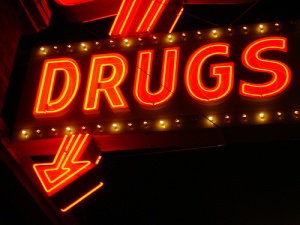 THE Food and Drug Administration vets new drugs before they reach the market. But imagine if there were a Wall Street version of the F.D.A. — an agency that examined new financial instruments and ensured that they were safe and benefited society, not just bankers.

How different our economy might look today, given the damage done by complex instruments during the financial crisis.


And yet, four years after the collapse of Bear Stearns, regulation of these products remains a battleground. As federal officials struggle to write rules required by the Dodd-Frank law, some in Congress are trying to circumvent them. Last week, for instance, the House Financial Services Committee approved a bill that would let big financial institutions with foreign subsidiaries conduct trades that evade rules intended to make the vast market in derivatives more transparent.