It's the regulation, stupid!

In the wake of disillusioned Goldman Sachs manager Greg Smith's farewell to the "Greed is Good!" culture going viral, Robert Reich reminds us that the greed of self-serving insiders has always been with us.  If we want to keep their perverse incentives under control, it's really about the regulation: 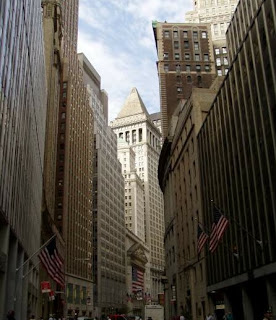 In 1928, Goldman Sachs and Company created the Goldman Sachs Trading Corporation, which promptly went on a speculative binge, luring innocent investors along the way. In the Great Crash of 1929, Goldman’s investors lost their shirts but Goldman kept its hefty fees...


In the late 1920s, National City Bank, which eventually would become Citigroup, repackaged bad Latin American debt as new securities which it then sold to investors no less gullible than Goldman Sachs’s. After the Great Crash of 1929, National City’s top executives helped themselves to the bank’s remaining assets as interest-free loans while their investors and depositors were left with pieces of paper worth a tiny fraction of what they paid for them.
The problem isn’t excessive greed. If you took the greed out of Wall Street all you’d have left is pavement. The problem is endemic abuse of power and trust. When bubbles are forming, all but the most sophisticated investors can be easily duped into thinking they’ll get rich by putting their money into the hands of brand-named investment bankers.