Our Mr. Brooks descends into pathology


Moderate Republicanism is a tendency that increasingly defies ideological analysis and instead requires psychological analysis. The psychological mechanism is fairly obvious. The radicalization of the GOP has placed unbearable strain on those few moderates torn between their positions and their attachment to party. Many moderate conservatives have simply broken off from the party, at least in its current incarnation, and are hoping or working to build a sane alternative. Those who remain must escape into progressively more baroque fantasies. 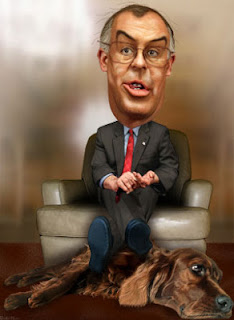 The prevalent expression of this psychological pain is the belief that President Obama is largely or entirely responsible for Republican extremism. It’s a bizarre but understandable way to reconcile conflicting emotions — somewhat akin to blaming your husband’s infidelity entirely on his mistress. In this case, moderate Republicans believe that Obama’s tactic of taking sensible positions that moderate Republicans agree with is cruel and unfair, because it exposes the extremism that dominates the party, not to mention the powerlessness of the moderates within it. Michael Gerson recently expressed this bizarre view, and the pathology is also on vivid display in David Brooks’s column today.