Romney: "Today America faces a financial crisis of debt and
spending that threatens what it means to be an American."


There’s one major problem with Romney’s rhetoric: his economic plan makes the debt worse. Romney’s tax plan gives a 20 percent across-the-board tax cut to all Americans and repeals the Alternative Minimum Tax, costing $10.7 trillion over the next decade and reducing federal revenues to just 15 percent of GDP, according to Center for American Progress Director of Tax and Budget Policy Michael Linden. Romney hasn’t offered a plan to pay for those cuts, instead simply asserting that he will balance the budget.

But balancing the budget under those terms would be next to impossible. Even if Romney limits tax deductions for the richest Americans as he says he would, he would need 6.5 percent economic growth for the next five years to keep his plan from adding to the deficit. To put that in perspective, the best five-year period of growth since World War II was from 1961 to 1966, when the economy grew at 5.8 percent per year.

Sometimes it’s hard to explain why we need strong financial regulation — especially in an era saturated with pro-business, pro-market propaganda. So we should always be grateful when someone makes the case for regulation more compelling and easier to understand. And this week, that means offering a special shout-out to two men: Jamie Dimon and Mitt Romney... 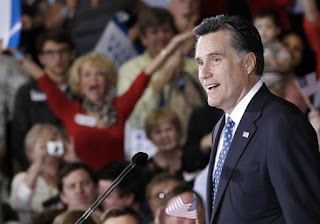 First...let me talk about Mr. Romney, whose remarks about those troubles were so off-point that they constitute a teachable moment.

Here’s what the presumptive Republican presidential nominee said about JPMorgan’s $2 billion loss (which may actually have been $3 billion, or $5 billion, or more, but who’s counting?): “This was a loss to shareholders and owners of JPMorgan and that’s the way America works. Some people experienced a loss in this case because of a bad decision. By the way, there was someone who made a gain.” 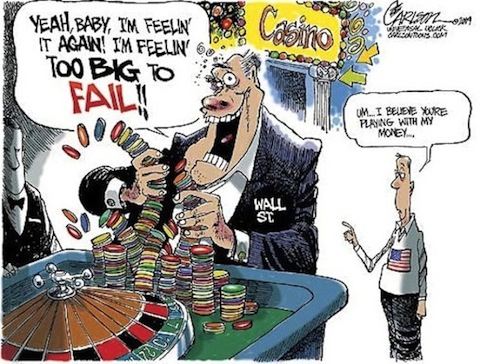 What’s wrong with this statement? Well,...it’s not O.K. for banks to take the kinds of risks that are acceptable for individuals, because when banks take on too much risk they put the whole economy in jeopardy — unless they can count on being bailed out. And the prospect of such bailouts, of course, only strengthens the case that banks shouldn’t be allowed to run wild, since they are in effect gambling with taxpayers’ money.

Incidentally, how is it possible that Mr. Romney doesn’t understand all of this? His whole candidacy is based on the claim that his experience at extracting money from troubled businesses means that he’ll know how to run the economy — yet whenever he talks about economic policy, he comes across as completely clueless... 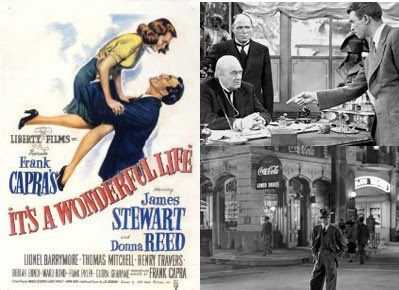 Jamie Dimon is no Jimmy Stewart. But he has, in a way, been playing Jimmy Stewart on TV, posing as a responsible banker who knows how to manage risk — and therefore the point man in Wall Street’s fight to block any tightening of regulations despite the immense damage deregulated banks have already inflicted on our economy. Trust us, Mr. Dimon has in effect been saying, we’ve got this covered and it won’t happen again.

Now the truth is coming out. That multibillion-dollar loss wasn’t an isolated event; it was an accident waiting to happen. For even as Mr. Dimon was giving speeches about responsible banking, his own institution was heaping on the risk. “The unit at the center of JPMorgan’s $2 billion trading loss,” reports The Financial Times, “has built up positions totaling more than $100 billion in asset-backed securities and structured products — the complex, risky bonds at the center of the financial crisis in 2008. These holdings are in addition to those in credit derivatives which led to the losses." ...  It really is déjà vu all over again.