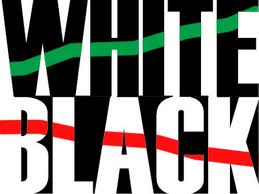 The biggest drivers, new research shows, are home ownership and income levels. Tracking 1,700 working-age households from 1984 to 2009, researchers at Brandeis University’s Institute on Assets and Social Policy found that, among households whose wealth grew over the period, the number of years owning a home accounted for nearly 30% of the difference in the relative growth in wealth between white and black families.

Family income accounted for another 20% of the widening gulf in wealth. Other factors include college education, inheritances and unemployment. All told, these five factors accounted for 65% of the increasing wealth gap, researchers said.

The findings are the latest evidence that barriers in workplaces, schools and communities — rather than personal attributes and cultural factors — may be making it harder for blacks to accumulate wealth than whites over time. Wealth, the sum of assets like homes, cars, stocks and bank and retirement accounts, minus debt, is a key gauge of economic well being — and can be passed on to future generations.

John Cassidy at The New Yorker: 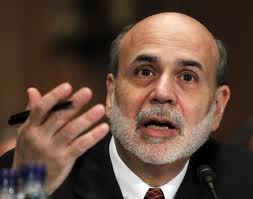 With about eighty-five billion dollars of across the board spending cuts due to take affect in a few days, Fed chairman and former Princeton prof Ben Bernanke was up on Capitol Hill this morning giving his fellow Republicans a much-needed lesson in austerity economics. Departing from his statutory duty of reporting to the Senate Banking Committee on the Fed’s monetary policy, Bernanke devoted much of his testimony to fiscal policy, warning his congressional class that letting the sequester go ahead would endanger the economic recovery and do little or nothing to reduce the country’s debt burden.


“Given the still-moderate underlying pace of economic growth, this additional near-term burden on the recovery is significant,” Bernanke told his students, who included a number of right-wing Republican diehards, such as Senator Bob Corker, of Tennessee, and Patrick Toomey, of Pennsylvania. “Moreover, besides having adverse effects on jobs and incomes, a slower recovery would lead to less actual deficit reduction in the short run.”

Translated from Fed-speak, that meant that congressional Republicans have got things upside down. Bernanke has warned before about the dangers of excessive short-term spending cuts. But this was his most blunt assertion yet that Mitch McConnell, John Boehner, et al. should change course. “To address both the near- and longer-term issues, the Congress and the Administration should consider replacing the sharp, frontloaded spending cuts required by the sequestration with policies that reduce the federal deficit more gradually in the near term but more substantially in the longer run,” Bernanke said. “Such an approach could lessen the near-term fiscal headwinds facing the recovery while more effectively addressing the longer-term imbalances in the federal budget.”