The richest 20% own over 80% of all financial assets 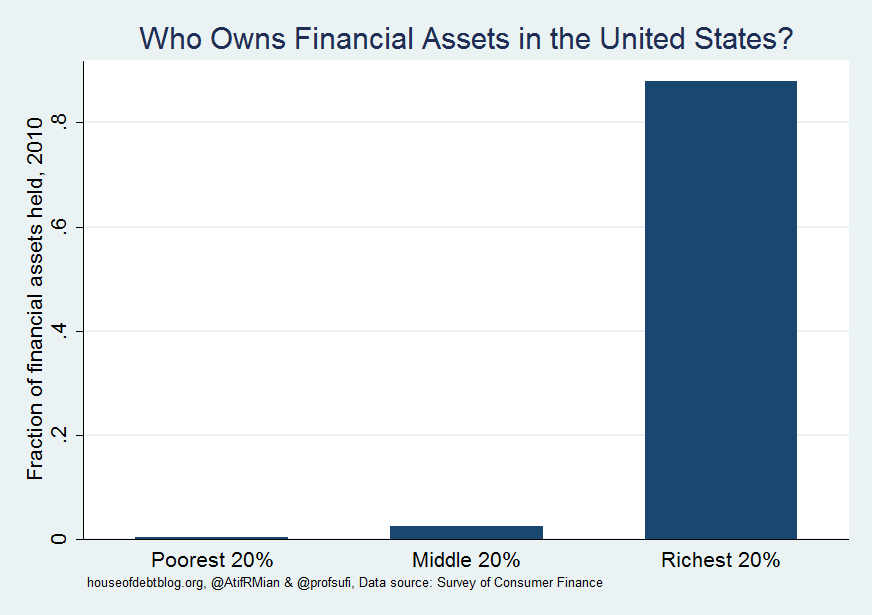 This means that when increases in the stock market are reported, the financial gains are skewed largely to the (already) wealthiest 20%.
Posted by Bruce Schmiechen at 3/08/2014 No comments: Links to this post


Six days before the election, the Republican nominee for president attended a fund-raising dinner at a posh New York restaurant. Two-hundred of the country’s richest and most powerful men were on hand. The next day, they were confronted with this atop the front page of one of the city’s leading newspapers: 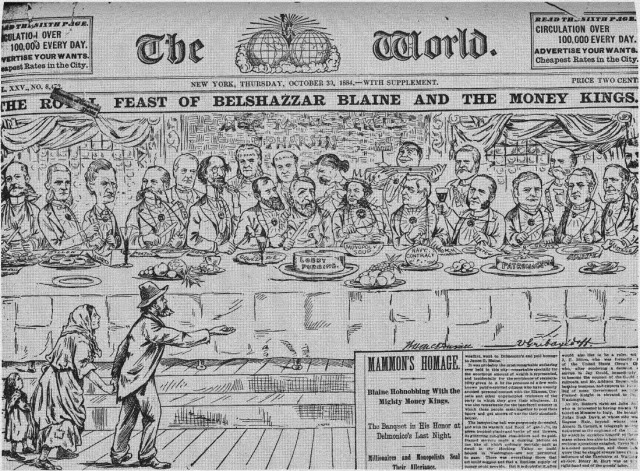 This particular scan is from the historical-cartoon site HarpWeek, but the drawing has long been in the public domain — it ran in the now-defunct New York World on Oct. 30, 1884. The candidate was James G. Blaine (the droopy-eyed fellow in the center of the picture who is about to dig in to some Lobby Pudding), and the man who subjected him to this harsh treatment was Joseph Pulitzer, who had bought the World the previous year and was rapidly building it into the most popular and powerful newspaper the nation had ever seen.