Ideology over Empiricism among "conservatives", aka "The Crazy"

For the Republican Party establishment, the only meaningful lesson to be learned from 2012 is rhetorical. Sure, polls show Americans rejecting the GOP line on every major issue, but, the argument goes, that's only because the party has failed to come up with persuasive sales pitches. Republicans believe they have a rhetorical problem, not a policy problem.

But just outside the establishment, there's a fair amount of discussion among Republican pundits, strategists, and thinkers about their party's systemic challenges and what the GOP should do about them. It's led to some thoughtful critiques from the likes of Ramesh Ponnuru, Kathleen Parker, Michael Gerson and Peter Wehner about how to "save" the Republican Party.

But it was this item from Bloomberg's Josh Barro, a self-identified "reluctant" Republican, that really got me thinking.


I don't want a Republican Party that's just like the Democratic Party, even though some people on both the right and the left see that as the upshot of Republican critiques like mine. 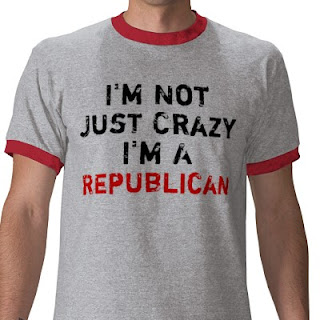 Political parties should differ on normative questions. They ought to strive for agreement on positive questions -- questions such as, what policies cause gross domestic product and median incomes to rise, how unemployment insurance affects the unemployment rate, or how global temperatures are changing. Currently, Republicans make a lot more errors on these kinds of questions than Democrats.

And that, right there, that very last sentence, helps shine a light on what I believe plagues the Republican Party more than anything else: they've abandoned empiricism, leading to a governing philosophy that puts ideological goals over pragmatic ones.