Eric Cantor was on 60 Minutes last night and it didn't go well, when he was challenged by interviewer Leslie Stahl on his notion of "compromise."  Steve Benen at Political Animal has it:

Stahl: But you know, your idol, as I’ve read anyway, was Ronald Reagan. And he compromised.

Cantor: He never compromised his principles.

Stahl: Well, he raised taxes and it was one of his principles not to raise taxes.

Stahl: But he did compromise —

At that point, Cantor’s press secretary, off camera, interrupted the interview, yelling that Stahl was lying when she said Reagan raised taxes. As Stahl told “60 Minutes” viewers, “There seemed to be some difficulty accepting the fact that even though Ronald Reagan cut taxes, he also pushed through several tax increases, including one in 1982 during a recession.”

Well, not "nobody."  But most of the people talking the loudest about government debt and deficits don't have a clue - they are steeped in ill-informed ideology that doesn't match empirical evidence. (Or perhaps they are invested in the public not having a clue because of a self-interested anti-government agenda.)

Paul Krugman offers a New York Times column that is a useful primer on the real and imaginary issues related to federal budget deficits: 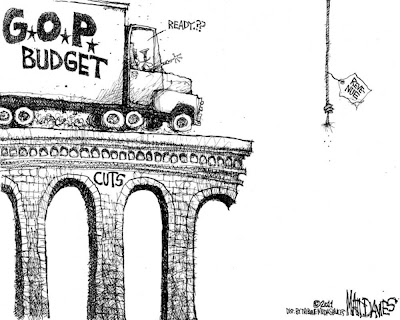 In 2011, as in 2010, America was in a technical recovery but continued to suffer from disastrously high unemployment. And through most of 2011, as in 2010, almost all the conversation in Washington was about something else: the allegedly urgent issue of reducing the budget deficit.

This misplaced focus said a lot about our political culture, in particular about how disconnected Congress is from the suffering of ordinary Americans. But it also revealed something else: when people in D.C. talk about deficits and debt, by and large they have no idea what they’re talking about — and the people who talk the most understand the least. 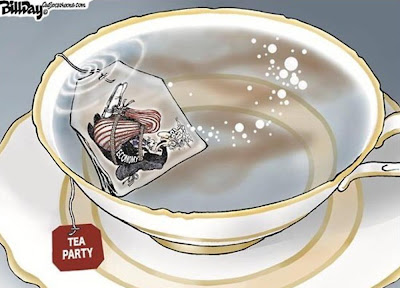 Perhaps most obviously, the economic “experts” on whom much of Congress relies have been repeatedly, utterly wrong about the short-run effects of budget deficits. People who get their economic analysis from the likes of the Heritage Foundation have been waiting ever since President Obama took office for budget deficits to send interest rates soaring. Any day now!

And while they’ve been waiting, those rates have dropped to historical lows. You might think that this would make politicians question their choice of experts — that is, you might think that if you didn’t know anything about our postmodern, fact-free politics.