Our health care system... how to say it? Oh yeah - it sucks. 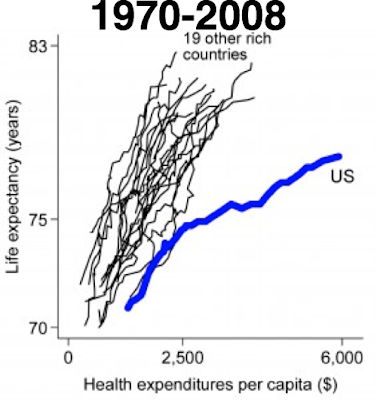 We're paying lots more than similarly wealthy countries and getting less in return, using the basic measure of life expectancy.  One hopes that the Affordable Care Act will at least begin the process of increasing both the value and effectiveness in our health care system.
Posted by Bruce Schmiechen at 7/16/2011 No comments: Links to this post