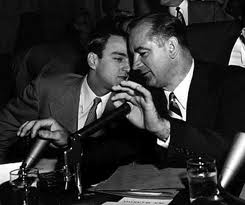 The Madison Wisconsin Capital Times reports that the state GOP is going after U of Wisc. history professor William Cronon - who has been critical of Republican Gov. Walker's attacks on public employees and unions - requesting that his emails be made public in an attempt to pin some sort of violation of university policy on him.  Prof. Cronon was featured on "The Titanic" on Tuesday, for his New York times op-ed on GOP radicalism.
He details the GOP's attack on him for his public statements  at his aptly named Scholar as Citizen blog:  A Tactic I Hope Republicans Will Rethink: Using the Open Records Law to Intimidate Critics.

It's tax time - and the government owes General Electric $3.2 billion! 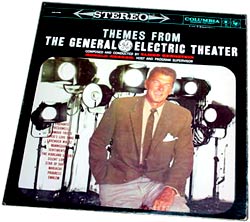 How's does this bit of news make you feel while you're poring over tax returns in preparation for April 15?  General Electric took home profits of $14.2 billion last year - $5.1 billion of the total came from its operations in the United States.  So how much are they paying in taxes?  Nothing!
On top of that, GE is getting a tax credit of $3.2 billion from Uncle Sam.
But it's not just GE that has become expert in tax avoidance -  the corporate share of the nation’s federal tax revenues has declined from 30 percent in the mid-1950s to 6.6 percent in 2009.
The New York Times notes that "low taxes are nothing new for G.E. The company has been cutting the percentage of its American profits paid to the Internal Revenue Service for years...
Read more »
Posted by Bruce Schmiechen at 3/25/2011 1 comment:

Paul Krugman on "The Austerity Delusion" today at the NYT;


Just ask the Irish, whose government — having taken on an unsustainable debt burden by trying to bail out runaway banks — tried to reassure markets by imposing savage austerity measures on ordinary citizens. The same people urging spending cuts on America cheered. “Ireland offers an admirable lesson in fiscal responsibility,” declared Alan Reynolds of the Cato Institute, who said that the spending cuts had removed fears over Irish solvency and predicted rapid economic recovery.

That was in June 2009. Since then, the interest rate on Irish debt has doubled; Ireland’s unemployment rate now stands at 13.5 percent.

And then there’s the British experience. Like America, Britain is still perceived as solvent by financial markets, giving it room to pursue a strategy of jobs first, deficits later. But the government of Prime Minister David Cameron chose instead to move to immediate, unforced austerity, in the belief that private spending would more than make up for the government’s pullback... British growth has stalled, and the government has marked up its deficit projections as a result.