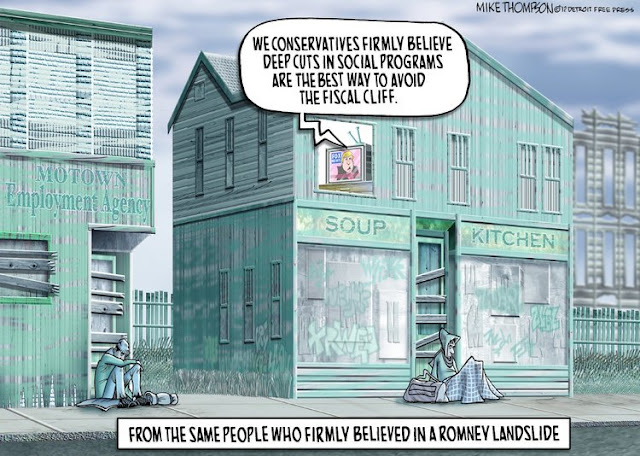 You'd also likely find a pretty close correspondence with "the same people who firmly believed in 'WMDs' in Iraq."  Apparently there's no penalty or skepticism toward our "opinion elites" no matter how wrong they are, nor how many times.  But it's not just hard-core conservatives. A daily sampling of this willfully ignorant, morally crass nonsense that's tilted toward "the center" and packaged as "entitlement reform" can be sampled at "Morning Joe," that cable roundtable of perennial mediocrity steeped in terminal self-satisfaction.
Posted by Bruce Schmiechen at 11/19/2012 No comments: Links to this post