Economics professor and master econo-blogger Mark Thoma @ Fiscal Times pushes back against the cranks, ideologues and academic fundamentalists who attempt to peddle distortions of the Keynesian tradition:


Harvard Historian Niall Ferguson has apologized for suggesting that John 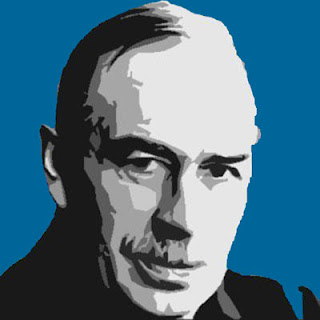 Maynard Keynes’ sexual orientation and lack of children made him indifferent to long-run economic issues. However, leaving the references to sexual orientation aside, it is commonly asserted, “Keynesian economists often dismiss … long-run concerns when the economy has short-run problems.” The claim that Keynesians are indifferent to the long-run is one of many myths about Keynesian economics:

Myth 1: Keynesians do not care enough about long-run economic problems: This has it backwards. Conservatives who oppose Keynesian economics are not concerned enough about short-run economic problems, particularly unemployment, and failing to address our short-run problems can bring long-run harm. Prolonged recessions, for example, cause people to permanently exit the labor force and this lowers our long-run growth potential. Keynesians care very much about the long run, but they do not go along with the idea that neglecting short-run issues is the best way to solve our long-run problems.

Myth 2: Keynesians are not concerned with economic growth: Keynesians understand the value of economic growth, but they want firms to take full account of externalities such as carbon emissions, and they care how growth is distributed. If all of the income is going to the top of the income distribution even as the productivity of workers is rising – as it has in recent decades – then there is reason for concern. Growth is the key to rising incomes, but growth must lift all boats, not just the yachts, and avoid fouling the water.

Myth 5: Keynesians are unconcerned with inflation: Keynesians care first and foremost about maintaining high and stable levels of employment and income for working class households. To the extent that inflation interferes with these goals, of course it is of concern. What Keynesians object to is the misstatement of the costs of inflation versus the costs of unemployment by those who are ideologically opposed to government intervention in the economy.

Myth 7: Keynesians use old, outdated, and inferior models: When the crisis hit and modern macroeconomic models failed, many of us turned to the old Keynesian model for guidance, a model built to answer the kinds of questions we were confronting. We didn’t have time to wait for the modern models to be fixed, and the old Keynesian model proved useful so long as its strengths and weaknesses were taken into account. At every point in the crisis Keynesians used the very best model available without being overly concerned with when the model was built. Sometimes the modern models were helpful, sometimes the insights were older – whatever was best to answer the important questions. Interestingly, as modern “New Keynesian” models have been fixed they have generally supported the policy recommendations that came out of the older models.

If those policies had been aggressively pursued, problems such as long-term unemployment might not be so bad today – even at this late date there’s still a need to do more. I had hoped we’d learn from our experiences so far, but the myths described above continue to stand in the way of a more effective response to our unemployment problem.

Posted by Bruce Schmiechen at 5/07/2013 No comments: Links to this post