"Thought for the Day"


From David Cay Johnston - "9 Things the Rich Don't Want You to Know About Taxes."
Posted by Bruce Schmiechen at 4/15/2011 No comments: Links to this post

The credibility of the President vs. the GOP's Budget Czar: "Who's Serious Now?"

Then people who actually understand budget numbers went to work, and it became clear that the proposal wasn’t serious at all. In fact, it was a sick joke. The only real things in it were savage cuts in aid to the needy and the uninsured, huge tax cuts for corporations and the rich, and Medicare privatization. All the alleged cost savings were pure fantasy. 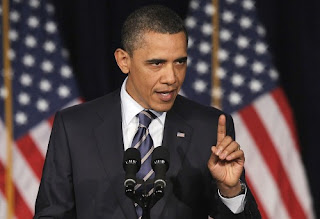 On Wednesday... the president called Mr. Ryan’s bluff: after offering a spirited (and reassuring) defense of social insurance, he declared, “There’s nothing serious about a plan that claims to reduce the deficit by spending a trillion dollars on tax cuts for millionaires and billionaires. And I don’t think there’s anything courageous about asking for sacrifice from those who can least afford it and don’t have any clout on Capitol Hill.” Actually, the Ryan plan calls for $2.9 trillion in tax cuts, but who’s counting?

And then Mr. Obama laid out a budget plan that really is serious.

The president’s proposal isn’t perfect, by a long shot. ... But the vision was right, and the numbers were far more credible than anything in the Ryan sales pitch...

More on the Brits' austerity strategy


In the United States, the debate over how to cut the long-term budget deficit is just getting under way.

But in Britain, one year into its own controversial austerity program to plug a gaping fiscal hole, the future is now. And for the moment, the early returns are less than promising.