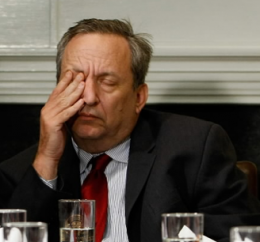 Unfortunately, Europe has misdiagnosed its problems and set the wrong strategic course. Outside Greece, which represents only 2 per cent of the eurozone, profligacy is not the root cause of problems. Spain and Ireland stood out for their low ratios of debt to gross domestic product five years ago with ratios well below Germany. Italy had a high debt ratio but a very favourable deficit position. Europe’s problem countries are in trouble because the financial crisis under way since 2008 has damaged their financial systems and led to a collapse in growth. High deficits are much more a symptom than a cause of their problems.

Treating symptoms rather than causes is usually a good way to make a patient worse. So it is in Europe. Its financial problems stem from lack of growth...