Willard and the Fuzzy Fantasy Factory

Mitt Romney is hardly the first Republican presidential candidate to assure Americans that cutting taxes and ending regulation will bring joy to the nation. 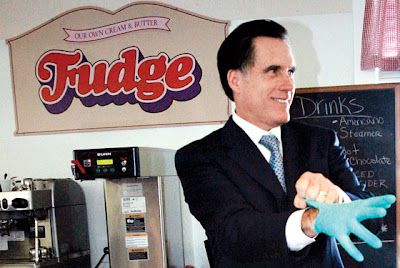 Ronald Reagan did it, George H.W. Bush did it, and George W. Bush did it. They won. We got soaring deficits, the worst income inequality since there was income and out-of-control financial institutions that nearly destroyed the American economy. Mr. Romney seems to have learned nothing from that history. He claims President Obama’s stimulus-based policies made the recession worse and then hamstrung the recovery, while his brand of austerity will restore prosperity.

Mr. Romney keeps his economic platform pretty fuzzy, with good reason. The more he spins his story, the more evidence there is that it’s a fantasy.

Mr. Romney has said, for instance, that he can cut marginal tax rates by 20 percent, eliminate the estate tax and the alternative minimum income tax and end capital gains taxes for middle-income Americans without reducing the amount of money flowing into the Treasury.

The answer, he said, is getting rid of certain loopholes. He won’t say what those are, of course...