Pope Francis v. "Unfettered capitalism" and "The tyranny of markets"

The new Pope appears to be taking the church back to basics. Reuters via NYTs:


VATICAN CITY — Pope Francis attacked unfettered capitalism as "a new tyranny" and beseeched global leaders to fight poverty and growing inequality, in a document on Tuesday setting out a platform for his papacy and calling for a renewal of the Catholic Church.

The 84-page document, known as an apostolic exhortation, was the first major
work he has authored alone as pope and makes official many views he has aired in sermons and remarks since he became the first non-European pontiff in 1,300 years in March.

In it, Francis went further than previous comments criticizing the global economic system, attacking the "idolatry of money", and urged politicians to "attack the structural causes of inequality" and strive to provide work, healthcare and education to all citizens.

He also called on rich people to share their wealth. "Just as the commandment 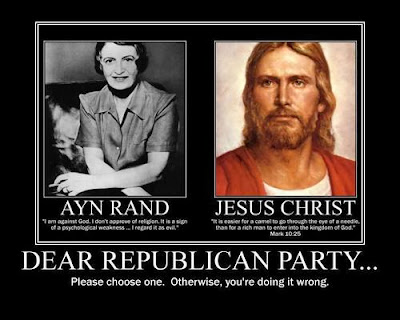 'Thou shalt not kill' sets a clear limit in order to safeguard the value of human life, today we also have to say 'thou shalt not' to an economy of exclusion and inequality. Such an economy kills," Francis wrote in the document issued on Tuesday.

"How can it be that it is not a news item when an elderly homeless person dies of exposure, but it is news when the stock market loses 2 points?"

The pope said renewal of the Church could not be put off and said the Vatican and its entrenched hierarchy "also need to hear the call to pastoral conversion".

Italian theologian Massimo Faggioli greeted the work as "the manifesto of Francis" while veteran Vatican analyst John Thavis called it a "Magna Carta for church reform".

"The message on poverty sets Pope Francis on a collision course with neo-liberal Catholic thought, especially in the United States," said Faggioli, an expert on the Second Vatican Council and reform in the Catholic Church.

Tales of the Great Recession


The Great Recession was the worst downturn since the Great Depression.  And yet, throughout the recent decline and today’s sluggish recovery, conditions have never seemed as bad as they were in the 1930s. Breadlines, for example, have not been commonplace.

That may be about to change. 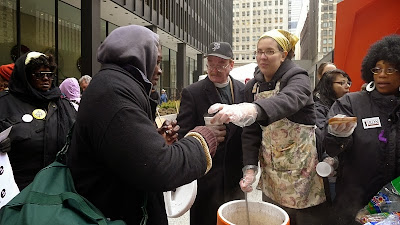 In an article published on Monday, The Times’s Patrick McGeehan described a line snaking down Fulton Street in Brooklyn last week, with people waiting to enter a food pantry run by the Bed-Stuy Campaign Against Hunger. The line was not an anomaly. Demand at all of New York City’s food pantries and soup kitchens has spiked since federal food stamps were cut on Nov. 1. The cut — which affects nearly all of the nation’s 48 million food stamp recipients — amounts to a loss of $29 a month for a New York City family of three. On the shoestring meal budgets of food stamp recipients, that’s enough for some 20 individual meals, according to the New York City Coalition Against Hunger.

The food stamp cuts are occurring even though need is still high and opportunity low. In a report released today, the Coalition estimates that one-sixth of the city’s residents and one-fifth of its children live in homes without enough to eat. Those numbers have not improved over the past three years. The lack of economic recovery for low income New Yorkers is at odds with gains at the top of the income ladder, reflected in soaring real estate prices, rising stock prices and big Wall Street bonuses.