Let’s begin by stipulating the obvious: nobody outside of JPMorgan Chase knows for sure what really happened with those trades that have cost it so much money and done such severe damage to its once stellar reputation. 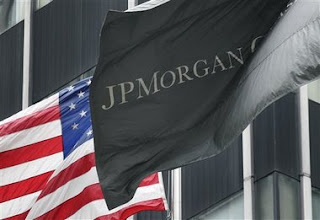 In his conference call last Thursday, Jamie Dimon, the bank’s chief executive, characterized the trades as “stupid,” but refused to get into any specifics. Even hedge fund managers on the other side of the JPMorgan trades have been able to cobble together only bits and pieces. Most of the emphasis has been on the credit derivative business managed by one Bruno Iksil in JPMorgan’s London office — a k a the “London whale.” Yet from what I hear, his losses probably won’t total more than $600 million — while the bank’s total losses have reached $2.3 billion, and could well hit $4 billion, according to The Wall Street Journal. Where are the rest of the losses coming from? As I say, nobody knows.

Still, we know enough to be able to make some informed judgments. We know that JPMorgan, awash in taxpayer-insured deposits, took some of that money — around $62 billion at last count — and decided to invest it in corporate debt, which had the potential to generate higher returns than, say, old-fashioned loans...

We know that JPMorgan’s chief investment office, which had orchestrated the debt purchases, decided to hedge the entire portfolio by selling credit default swaps against a corporate bond index. You remember our old friends, credit default swaps, don’t you? Three years ago, they nearly brought down the financial world. Not content with its hedge, it then hedged against the hedge. It was all very complex, of course, and all done in the name of “risk management.”