F.D.R. told us that the only thing we had to fear was fear itself. But when future historians look back at our monstrously failed response to economic depression, they probably won’t blame fear, per se. Instead, they’ll castigate our leaders for fearing the wrong things.


For the overriding fear driving economic policy has been debt hysteria, fear 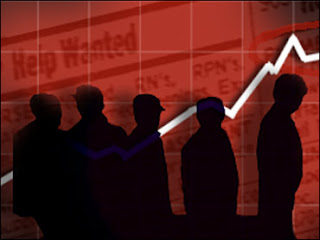 that unless we slash spending we’ll turn into Greece any day now. After all, haven’t economists proved that economic growth collapses once public debt exceeds 90 percent of G.D.P.?

Well, the famous red line on debt, it turns out, was an artifact of dubious statistics, reinforced by bad arithmetic. And America isn’t and can’t be Greece, because countries that borrow in their own currencies operate under very different rules from those that rely on someone else’s money. After years of repeated warnings that fiscal crisis is just around the corner, the U.S. government can still borrow at incredibly low interest rates.

But while debt fears were and are misguided, there’s a real danger we’ve
ignored: the corrosive effect, social and economic, of persistent high unemployment. And even as the case for debt hysteria is collapsing, our worst fears about the damage from long-term unemployment are being confirmed.

Now, some unemployment is inevitable in an ever-changing economy. Modern America tends to have an unemployment rate of 5 percent or more even in good times. In these good times, however, spells of unemployment are typically brief. Back in 2007 there were about seven million unemployed Americans — but only a small fraction of this total, around 1.2 million, had been out of work more than six months.

Then financial crisis struck, leading to a terrifying economic plunge followed by a weak recovery. Five years after the crisis, unemployment remains elevated, with almost 12 million Americans out of work. But what’s really striking is the huge number of long-term unemployed, with 4.6 million unemployed more than six months and more than three million who have been jobless for a year or more. Oh, and these numbers don’t count those who have given up looking for work because there are no jobs to be found.