Channel-surfing we can believe in... 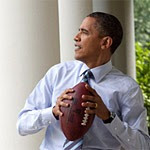 Via Balloon Juice
Posted by Bruce Schmiechen at 9/10/2011 No comments: Links to this post

Mark Zandi, founder of Moody's and an '08 advisor to John McCain, does the numbers on the Obama Jobs Act

Jared Bernstein has it:


–President Obama’s jobs proposal would help stabilize confidence and keep the U.S. from sliding back into recession. The view from a moderately liberal Keynesian economist of good intentions who is filling in for "the Left" on America's bizarre, Tea Party-tilted political spectrum

Paul Krugman, long a leading liberal critic of the President on economic strategy, was both impressed by the jobs plan Obama laid out before Congress and depressed by a toxic political landscape that is likely to kill the legislative proposals: 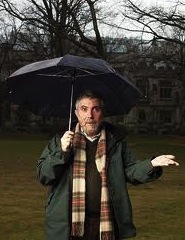 I was favorably surprised by the new Obama jobs plan, which is significantly bolder and better than I expected. It’s not nearly as bold as the plan I’d want in an ideal world. But if it actually became law, it would probably make a significant dent in unemployment.


Of course, it isn’t likely to become law, thanks to G.O.P. opposition. Nor is anything else likely to happen that will do much to help the 14 million Americans out of work. And that is both a tragedy and an outrage...

(I)t’s worth noting just how much that opposition has hardened over time, even as the plight of the unemployed has worsened.