On the lack of serious discussion or an honest opposition

I fairly often receive mail pleading with me to take a more even tone, to have a respectful discussion with people on the other side rather than calling them fools and knaves. And you know, I do when I can. But the truth is that on most of the big issues confronting us, there just isn’t anyone to have a serious discussion with. Ezra Klein offers a nice illustration of this point today, in his takedown of Avik Roy on Obamacare in California. 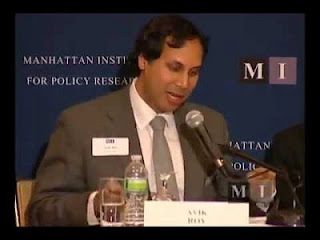 The thing you want to bear in mind is that Roy is widely considered a good example of a reformist conservative, not to mention a health policy wonk. So what does this reform-minded wonk have to say about Obamacare?

Klein tries really hard to keep his temper even; too hard, I think, because I wonder how many readers will stay with him all the way through. But to cut to the chase, Roy claims that Obamacare will cause soaring insurance rates, using a comparison that is completely fraudulent — and I say fraudulent, not wrong, because he is indeed enough of a policy wonk here to know that he is pulling a fast one.