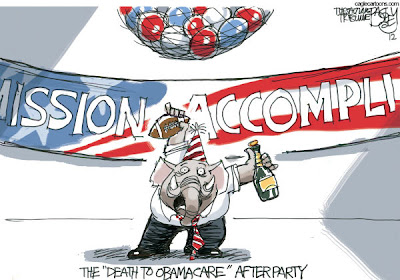 So the new Republican argument (which Mitt Romney was against before he was in favor of it) is that the individual mandate is an oppressive tax on the middle class. Cute, isn’t it, adopting John Roberts’s argument?

First of all, there’s the little matter that the word “tax” in legal doctrine means something different from the word “tax” in ordinary English. And there’s nothing wrong with that. Plenty of words have precise legal meanings that would be foreign to ordinary English speakers, like “negligent,” “reckless,” “material,” and so on, and billions of dollars turn on those precise legal meanings. But that’s not going to sway many people, so let’s go to the numbers.