Joe Nocera at the NYTs on the GOP-led investigation into a failed solar panel manufacturer, Solyndra, which originally was given the green light for government loans by the Bush administration. The federally-guaranteed loan materialized after Obama took office, with the new administration's support of green energy innovation:


The company’s recent bankruptcy — which the Republicans are now rabidly “investigating” because Solyndra had the misfortune to receive a $535 million federally guaranteed loan from the Obama administration — was largely brought on by a stunning collapse in the price of solar panels over the past year or so. The company’s innovative solar panels, high-priced to begin with, became increasingly uncompetitive in the marketplace. Solyndra didn’t have enough big commercial customers to create the necessary economies of scale...

The purpose of the hearing — indeed, the point of manufacturing a Solyndra investigation in the first place — is to embarrass the president. That’s how Washington works in the modern age: the party out of power gins up phony scandals aimed at hurting the party in power. 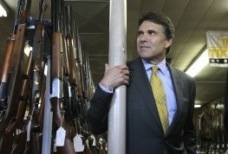 Turns out Rick Perry’s “Texas Miracle” owes much of its success to... Ben Bernanke. A new research paper from the Dallas Fed finds that Texas has rebounded from recession faster than the rest of the country thanks, in no small part, to actions by the U.S. Federal Reserve. (Yep, the same central bank that Perry occasionally deems “almost treasonous.”)