Paul Krugman wonders whether the era of unrestricted movement of global capital - which contributed to a financial crisis that hasn't ended - is beginning to fade:


Whatever the final outcome in the Cyprus crisis — we know it’s going to be ugly; we just don’t know exactly what form the ugliness will take — one thing seems certain: for the time being, and probably for years to come, the island nation will have to maintain fairly draconian controls on the movement of capital in and out of the country. In fact, controls may well be in place by the time you read this. And that’s not all: Depending on exactly how this plays out, Cypriot capital controls may well have the blessing of the International Monetary Fund, which has already supported such controls in Iceland. 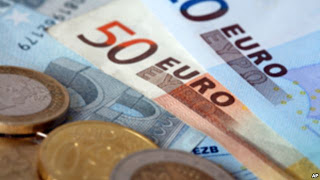 That’s quite a remarkable development. It will mark the end of an era for Cyprus, which has in effect spent the past decade advertising itself as a place where wealthy individuals who want to avoid taxes and scrutiny can safely park their money, no questions asked. But it may also mark at least the beginning of the end for something much bigger: the era when unrestricted movement of capital was taken as a desirable norm around the world.

It wasn’t always thus. In the first couple of decades after World War II, limits on cross-border money flows were widely considered good policy; they were more or less universal in poorer nations, and present in a majority of richer countries too. Britain, for example, limited overseas investments by its residents until 1979; other advanced countries maintained restrictions into the 1980s. Even the United States briefly limited capital outflows during the 1960s.