The utterly nonsensical "We're on the road to becoming Greece" hype

If a politician - or, worse, an economist - claims that the US is in danger of becoming "Greece", it's a signal that the person is either a shameless ideologue stooping to dishonest rhetoric or...an idiot who doesn't have a clue. Mitt Romney's intellectually frivolous and politically hysterical claim that President Obama is taking us "forward on the way to Greece" probably qualifies him as some combination of the two.

Matthew O'Brien at The Atlantic deals this nonsensical "Road to Greece!" rhetoric a death blow:

Greece is almost certainly Greece. That goes without saying.

But there's one country that definitely isn't Greece. That's the United States.

Let's step back. What makes a country "Greece"? It's become shorthand for wild government overspending -- especially on entitlements. Paul Ryan says we don't have long to avoid the same fate... that absent drastic reform -- read: cuts -- to the social safety net, we'll end up in penury like the Greeks.

It's a scary story. But it's just a scare story. Yes, we have a long-term healthcare spending problem. But that doesn't make us Greece. Heck, Greece isn't even Greece. At least not the "Greece" that's become such a political football. The evidence -- or lack thereof -- is in the chart below. It compares each country's average social spending since 1999, via the OECD, against its current borrowing costs. See the pattern?

There is none. Europe's biggest social spenders don't have any problems. And Europe's biggest problem countries don't spend that much on social programs. The death knell of the welfare state this is not.

Here's the dirty little secret of the euro debt crisis. There is no euro debt crisis. There is a euro crisis. The debt is a symptom of the crisis of the common currency.* Europe's bailed out countries all saw piles of capital pour in during the boom, only to pour out during the bust. They were left with inflated, uncompetitive wages -- and that's sent them into deep slumps. That's been despite lower social spending than their northern euro neighbors...

Professor Krugman reminds us of the dishonesty and cruelty of the opposition to ACA:


(T)he law that the Supreme Court upheld is an act of human decency that is also fiscally responsible. It’s not perfect, by a long shot — it is, after all, originally a Republican plan, devised long ago as a way to forestall the obvious alternative of extending Medicare to cover everyone. As a result, it’s an awkward hybrid of public and private insurance that isn’t the way anyone would have designed a system from scratch. And there will be a long struggle to make it better, just as there was for Social Security. (Bring back the public option!) But it’s still a big step toward a better — and by that I mean morally better — society.

Which brings us to the nature of the people who tried to kill health reform — and who will, of course, continue their efforts despite this unexpected defeat.

At one level, the most striking thing about the campaign against reform was its dishonesty. 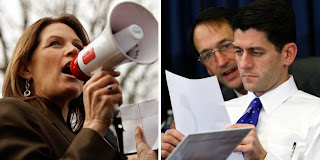 Remember “death panels”? Remember how reform’s opponents would, in the same breath, accuse Mr. Obama of promoting big government and denounce him for cutting Medicare? Politics ain’t beanbag, but, even in these partisan times, the unscrupulous nature of the campaign against reform was exceptional. And, rest assured, all the old lies and probably a bunch of new ones will be rolled out again in the wake of the Supreme Court’s decision. Let’s hope the Democrats are ready. 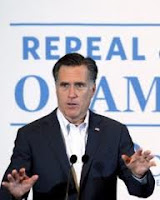 But what was and is really striking about the anti-reformers is their cruelty. It would be one thing if, at any point, they had offered any hint of an alternative proposal to help Americans with pre-existing conditions, Americans who simply can’t afford expensive individual insurance, Americans who lose coverage along with their jobs. But it has long been obvious that the opposition’s goal is simply to kill reform, never mind the human consequences. We should all be thankful that, for the moment at least, that effort has failed.

Let me add a final word on the Supreme Court.

Before the arguments began, the overwhelming consensus among legal experts who aren’t hard-core conservatives — and even among some who are — was that Obamacare was clearly constitutional. And, in the end, thanks to Chief Justice John Roberts Jr., the court upheld that view. But four justices dissented, and did so in extreme terms, proclaiming not just the much-disputed individual mandate but the whole act unconstitutional. Given prevailing legal opinion, it’s hard to see that position as anything but naked partisanship.

Posted by Bruce Schmiechen at 6/29/2012 No comments: Links to this post