The GOP gets serious about the budget...


Via Talking Points Memo
Posted by Bruce Schmiechen at 3/17/2011 No comments: Links to this post 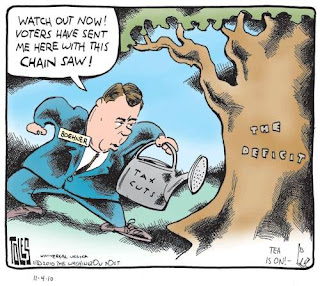 I think we make a mistake by talking about (Beltway budget battles) as though the goal of Republicans is actually deficit reduction. It's not, the goal is a reduction in the size of government and once you understand that, it's clear why Republicans will not support tax increases of any kind.

They'd rather cut taxes now (and argue it's about jobs or long-run growth rather than ideology), and increase the deficit even more because they still believe the beast can be starved...Logic about the best way to close the deficit won't win this argument because it has little to do with the deficit itself.
Posted by Bruce Schmiechen at 3/17/2011 1 comment: Links to this post

A new WaPo/ABC poll cited today by Ezra Klein demonstrates the weirdness of our politics: Republicans are great at stirring up anxiety and unfounded fears but terrible at following through on policy - because so much of the fine print of their ideologically-driven agenda won't fly with many of the same voters who elect them: 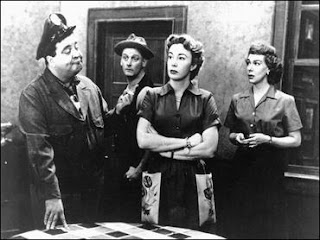 ...turns out to be a case of political desperation by a Wisconsin Republican facing recall in the wake of his attacks on public employees. Here & here - as explained by Greg Sargent/Plumline.
Posted by Bruce Schmiechen at 3/17/2011 No comments: Links to this post