Econospeak corrects some confusion over Keynes and long-term debt that's pushed by the "Reagan taught us deficits don't matter" BizarroWorld "Keynesianism" that rears it's head on the Right when it's "more tax cuts" time and magically disappears when the agenda morphs into "cut entitlements": 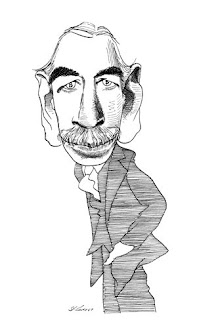 Keynes was not in favor of the type of long-term fiscal irresponsibility that we have witnessed say in the United States during the Administrations of Ronald Reagan and George W. Bush. Yes I know proponents of the 1981 and 2001 tax cuts could argue that we were not at full employment when these tax cuts were passed. However, the 1981 tax cut was not needed to get us back to full employment. Volcker’s [contractionary] monetary policy – for better or worse (worse in my view) – was the main driving factor for the U.S. economy. And we know George W. Bush pursued a host of fiscal policies that were more long-term in nature and all fiscally irresponsible. If [anyone] thinks Lord Keynes would have approved these episodes of fiscal stimulus – I submit he’s very ignorant of the brand of economics that Lord Keynes and economists like Paul Krugman strive to describe.