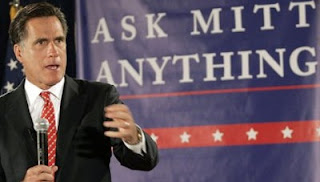 BOSTON—For weeks many Beltway insiders had written off the Romney campaign as dead, saying the candidate had dug himself into too deep a hole with too little time to recover. However, with a month to go before ballots are cast, Romney has pulled even with President Obama, and the former Massachusetts governor credits his rejuvenated campaign to one, singular tactic: lying a lot.

“I’m lying a lot more, and my lies are far more egregious than they’ve ever been,” a smiling Romney told reporters while sitting in the back of his campaign bus, adding that when faced with a choice to either lie or tell the truth, he will more than likely lie. “It’s a strategy that works because when I lie, I’m essentially telling people what they want to hear, and people really like hearing things they want to hear. Even if they sort of know that nothing I’m saying is true.”

“It’s a freeing strategy, really, because I don’t have to worry about facts or being accurate or having any concrete positions of any kind,” Romney added.

Romney said he is telling at least 80 percent more lies now than he was two months ago. Buoyed by his strong debate performance, which by his own admission included 40 or 50 instances of lying in one 90-minute period, the candidate said he will continue to “just openly lie [his] ass off” until the Nov. 6 election...

Romney's got you covered


Just three weeks ago, CBS's Scott Pelley asked Mitt Romney, "Does the government have a responsibility to provide health care to the 50 million Americans who don't have it today?" The Republican didn't answer the question directly, but instead suggested there's no cause for alarm -- the uninsured can rely on emergency rooms.

The exchange was widely panned for being both callous and ignorant, and yet, as Rebecca Leber noted, Romney apparently can't help himself. 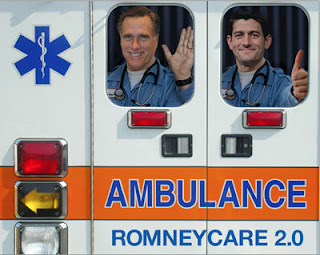 "We don't have a setting across this country where if you don't have insurance, we just say to you, 'Tough luck, you're going to die when you have your heart attack,'  " he said as he offered more hints as to what he would put in place of "Obamacare," which he has pledged to repeal.

"No, you go to the hospital, you get treated, you get care, and it's paid for, either by charity, the government or by the hospital. We don't have people that become ill, who die in their apartment because they don't have insurance."
He pointed out that federal law requires hospitals to treat those without health insurance -- although hospital officials frequently say that drives up health-care costs.