“I think some of our members may have thought the default issue was a hostage you might take a chance at shooting. Most of us didn’t think that. What we did learn is this — it’s a hostage that’s worth ransoming."


So the dangerously venal were mere accomplices to the crazy terrorists?  Good to know.

Posted by Bruce Schmiechen at 8/04/2011 No comments: Links to this post

Lawrence Summers in the Washington Post outlines his 3-way take on The Deal: 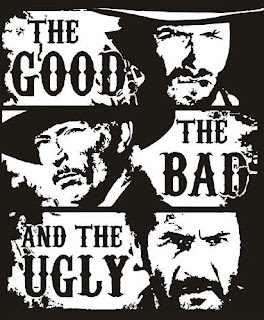 Relief. There will be no default; no economy-damaging short-run austerity; no attack on the nation’s core social protection programs or universal health care; and no repeat, for at least 15 months, of the recent shabby spectacle. All of this was in doubt just a few days ago. It is no small thing for the administration to have reached an agreement that does no immediate harm. And it may well be that no better agreement was achievable given the political dynamics in Congress.

Cynicism. Objective observers would forecast larger U.S. budget deficits in the out-years than would have been predicted a few months ago. The economic forecast has deteriorated, and it is reasonable to estimate that even a half-a-percent reduction in growth averaged over 10 years adds more than a trillion dollars to the national debt in 2021...

Economic anxiety. The issues pressing the United States today are much more about jobs and a growth deficit than an excessive budget deficit... On the current policy path, it would be surprising if growth were rapid enough to reduce unemployment even to 8.5 percent by the end of 2012. A substantial withdrawal of fiscal stimulus will occur when the payroll tax cuts expire at the end of the year. With growth at less than 1 percent in the first half of this year, the economy is effectively at a stall... The indicators suggest that the economy has at least a 1-in-3 chance of falling back into recession if nothing new is done to raise demand and spur growth.

Emphasis added!!!  Where does Summers think we can go from here?