Letter to the New York Gazette, 1765 that shows the "We Are the 99%" Movement to be as American as apple pie: 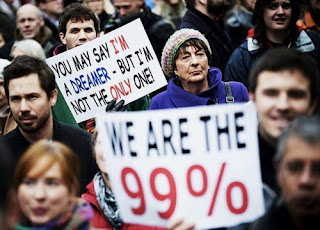 "Some Individuals of our Countrymen, by the Smiles of Providence or some other Means, are enabled to roll in their four–wheel'd Carriages, and can support the Expence of good Houses, rich Furniture, and Luxurious Living. But, is it equitable that 99, or rather 999 should suffer for the Extravagance or Grandeur of one? Especially when it is consider’d, that Men frequently owe their Wealth to the Impoverishment of their Neighbours."

Posted by Bruce Schmiechen at 4/13/2012 No comments: Links to this post

Benjamin Franklin, who used his many talents to become a wealthy man, famously said that the only things certain in life are death and taxes.  But if you’re a corporate CEO in America today, even they can be put on the back burner – death held at bay by the best medical care money can buy and the latest in surgical and life extension techniques, taxes conveniently shunted aside courtesy of loopholes, overseas investment and governments that conveniently look the other way. 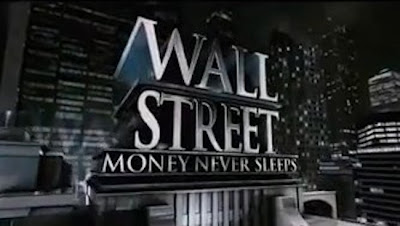 In a story headlined, “For Big Companies, Life Is Good,” the Wall Street Journal reports that big American companies have emerged from the deepest recession since World War II more profitable than ever: flush with cash, less burdened by debt, and with a greater share of the country’s income. But, the paper notes, “Many of the 1.1 million jobs the big companies added since 2007 were outside the U.S. So, too, was much of the $1.2 trillion added to corporate treasuries.”

To add to this embarrassment of riches, the consumer group Citizens for Tax Justice reports that more than two dozen major corporations  — including GE, Boeing, Mattel and Verizon — paid no federal taxes between 2008 and 2011. They got a corporate tax break that was broadly supported by Republicans and Democrats alike.

Corporate taxes today are at a 40-year-low — even as the executive suites at big corporations have become throne rooms where the crown jewels wind up in the personal vault of the CEO.

Then look at this report in The New York Times: Last year, among the 100 best-paid CEOs, the median income was more than 14 million, compared with the average annual American salary of $45,230. Combined, this happy hundred executives pulled down more than two billion dollars.

What’s more, according to the Times “… these CEO’s might seem like pikers. Top hedge fund managers collectively earned $14.4 billion last year.”  No wonder some of them are fighting to kill a provision in the recent Dodd-Frank reform law that would require disclosing the ratio of CEO pay to the median pay of their employees. One never wishes to upset the help, you know. It can lead to unrest.

That’s Wall Street — the metaphorical bestiary of the financial universe.  But there’s nothing metaphorical about the earnings of hedge fund tigers, private equity lions, and the top dogs at those big banks that were bailed out by tax dollars after they helped chase our economy off a cliff.

So what do these big moneyed nabobs have to complain about? Why are they whining about reform? And why are they funneling cash to super PACs aimed at bringing down Barack Obama, who many of them supported four years ago?