Previous Romney Giveaways to the Wealthy 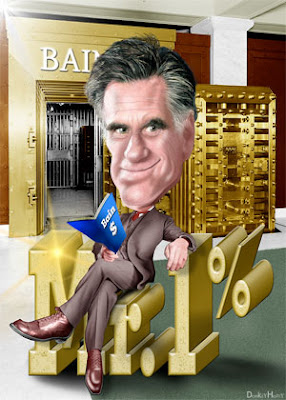 New Romney Giveaway to the Wealthy
Magic Math
Real Math
IN ONE SENTENCE: Instead of helping to create an economy that works for everyone, Romney’s tax plan simply quadruples down on a broken economy that is rigged for the benefit of a wealthy few.
Posted by Bruce Schmiechen at 2/22/2012 1 comment:

Quote for the day - Christina Romer, former economic advisor to the Obama administration

Romer, interviewed at The Browser:


"The shocks hitting the American economy in 2008 were enormous, in terms of the destruction of wealth and the freezing of our financial system. I firmly believe that the stresses on the US economy in 2008 were much larger than those in 1929 and 1930. So why has this recession, as bad as it has been, not been a second Great Depression or even worse? I think the answer is a much better policy response.

"But this episode has also shown that policy is very hard to get right. The policy response is inherently based on forecasts, which are subject to great uncertainty. And the political process often puts constraints on what can be done. Moreover, the policy response is limited by our understanding of how policy works and our vision of possible options.

"The bottom line is that the Great Recession showed us that we have effective tools to fight a terrible downturn. But we also have much to learn about how to use those tools more successfully."