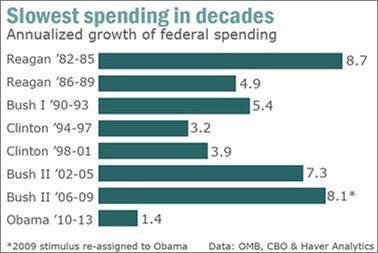 Presidential candidate Mitt Romney says he will get the U.S. government’s finances in order and make life better for business. It’s a classic Republican pitch, but to what extent does it correspond to what he might really do as president?

Not so much, if you believe -- as Republicans traditionally do -- in the wisdom of markets.

One way to assess the benefits of Republican presidencies is to look at how markets have responded to them over the years. The most reliable method is an “event study,” which analyzes the response of market prices to rapid shifts in the likelihood of a Republican in the White House. Fortunately, history has blessed us with many such natural experiments.
Let’s take the 2004 election as a particularly stark case study. In the middle of Election Day, flawed exit-poll numbers suggested that John Kerry would win in a landslide. For the next few hours, financial markets believed that there would be a Democrat in the White House. Then, by late evening, the votes were counted, and it became clear that President George W. Bush, the Republican, had won re-election.

The incident is a social scientist’s dream. It led financial markets to believe that the country was switching from a Republican to a Democratic administration -- a shift in beliefs that was completely unconnected to other factors, such as specific political promises or the state of the economy.

So how did markets respond? Yields on government bonds were lower during the brief period in which a Democrat was expected to be president, suggesting investors believed the Republican would increase the national debt -- a move that, all else being equal, should push up interest rates. Indeed, the debt rose sharply in the following years under President Bush.

This reaction has been typical in recent decades: A study of similar events over previous election cycles -- by economists Justin Wolfers, Erik Snowberg and Eric Zitzewitz -- found that since 1980, bond yields have tended to rise on news that a Republican will be elected. The pattern held last week, when interest rates on government bonds increased slightly after Romney’s strong performance in the first presidential debate.

This record suggests that markets believe the modern Republican Party has abandoned its historical commitment to fiscal responsibility. They have been right: Presidents Gerald Ford, Ronald Reagan, George H.W. Bush and George W. Bush all presided over a rising national debt, in many cases despite reasonably strong economic growth. By contrast, before the last recession, debt has fallen as a share of gross domestic product under every Democratic president since at least Harry Truman.