Where is "Middle America" on the issue of cuts vs. taxes?


Folks steeped in stereotypes of the Midwest might be surprised by this. The political reality is that a broad spectrum of voters support raising taxes on high earners and oppose cutting so-called "entitlements" as paths to deficit reduction.


Polling done in late April and early May. Via Winning Progressive
Posted by Bruce Schmiechen at 7/08/2011 No comments: Links to this post

Worried about the "balance"

Jonathan Cohn at The New Republic: 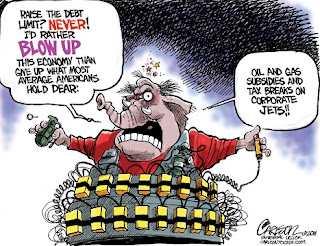