E.J. Dionne on the political gridlock over the economy and where the President needs to take the "national conversation":


Republicans have no interest in moving the nation’s debate toward investments in job creation because they gain twice over from keeping Washington mired in discussions on the deficit. It’s a brute fact that Republicans benefit if the economy stays sluggish. And despite their role in ballooning the deficit during the Bush years, they will always outbid Democrats on spending cuts. 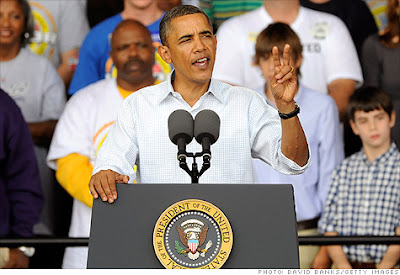 So is there any way out for those looking to Washington? The recent disappointing jobs numbers have at least had the salutary effect of reminding Democrats that they cannot agree to anything that further slows the recovery. “The first principle has to be ‘do no harm,’ ” said Rep. Chris Van Hollen of Maryland, a key House Democratic negotiator in the deficit talks. “There is a danger of making things worse if you adopt very deep cuts in the short term.”...

But there is another player in all this. The broad feeling among congressional Democrats — a sentiment that moves toward impatience when it’s expressed off the record — is that President Obama needs to engineer a turn in the national conversation. Brown, for example, strongly defends Obama’s auto rescue and is happy the president is talking more about manufacturing lately. Yet he adds: “The president has got to get this discussion more on jobs and less on the budget.”

(T)he reality is that Democrats have a plan and Ryan doesn’t. But the perception, at this point, is just the opposite. 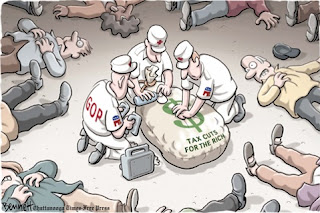