"Feast of the Wingnuts"

Jonathan Chait (This piece is adapted from Jonathan Chait's book, The Big Con: The True Story of How Washington Got Hoodwinked and Hijacked by Crackpot Economics, which will be published on September 12 by Houghton Mifflin):

American politics has been hijacked by a tiny coterie of right-wing economic extremists, some of them ideological zealots, others merely greedy, a few of them possibly insane. The scope of their triumph is breathtaking. Over the course of the last three decades, they have moved from the right-wing fringe to the commanding heights of the national agenda. Notions that would have been laughed at a generation ago--that cutting taxes for the very rich is the best response to any and every economic circumstance or that it is perfectly appropriate to turn the most rapacious and self-interested elements of the business lobby into essentially an arm of the federal government--are now so pervasive, they barely attract any notice.

The result has been a slowmotion disaster. Income inequality has approached levels normally associated with Third World oligarchies, not healthy Western democracies. The federal government has grown so encrusted with business lobbyists that it can no longer meet the great public challenges of our time. Not even many conservative voters or intellectuals find the result congenial. Government is no smaller--it is simply more debt-ridden and more beholden to wealthy elites.

It was not always this way. A generation ago, Republican economics was relentlessly sober. Republicans concerned themselves with such ills as deficits, inflation, and excessive spending. They did not care very much about cutting taxes, and (as in the case of such GOP presidents as Herbert Hoover and Gerald Ford) they were quite willing to raise taxes in order to balance the budget. While many of them were wealthy and close to business, the leaders of business themselves had a strong sense of social responsibility that transcended their class interests. By temperament, such men were cautious rather than utopian.

Over the last three decades, however, such Republicans have passed almost completely 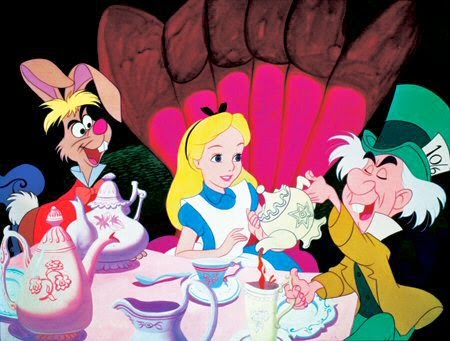 from the scene, at least in Washington, to be replaced by, essentially, a cult.

All sects have their founding myths, many of them involving circumstances quite mundane. The cult in question generally traces its political origins to a meeting in Washington in late 1974 between Arthur Laffer, an economist; Jude Wanniski, an editorial page writer for The Wall Street Journal; and Dick Cheney, then-deputy assistant to President Ford. Wanniski, an eccentric and highly excitable man, had until the previous few years no training in economics whatsoever, but he had taken Laffer's tutelage...


Read the rest HERE
Posted by Bruce Schmiechen at 9/01/2014 No comments: Links to this post

Email ThisBlogThis!Share to TwitterShare to FacebookShare to Pinterest
Labels: Annals of Class Warfare, Conservatism in crisis, The Crazy

More Krugman on good health care news...Medicare is, perhaps not a "miracle," but in very good shape compared to the dire predictions of crank "deficit scolds" (who routinely used the worst Medicare predictions moving forward primarily to deflect from the the issue of health care cost inflation to attack any and all government spending - except of course defense):

So, what do you think about those Medicare numbers? What, you haven’t heard about them? Well, they haven’t been front-page news. But something remarkable has been happening on the health-spending front, and it should (but probably won’t) transform a lot of our political debate.

The story so far: We’ve all seen projections of giant federal deficits over the next few decades, and there’s a whole industry devoted to issuing dire warnings about the budget and demanding cuts in Socialsecuritymedicareandmedicaid. Policy wonks have long known, however, that there’s no such program, and that health care, rather than retirement, was driving those scary projections. Why? Because, historically, health spending has grown much faster than G.D.P., and it was assumed that this trend would continue.

But a funny thing has happened: Health spending has slowed sharply, and it’s already well below projections made just a few years ago. The falloff has been especially pronounced in Medicare, which is spending $1,000 less per beneficiary than the Congressional Budget Office projected just four years ago.

This is a really big deal, in at least three ways.