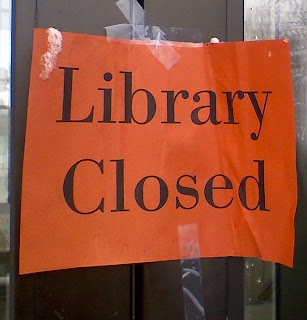 State budget cuts are being passed off to local governments, which must further cut services or raise taxes.  According to the New York Times, "The state budget squeeze is fast becoming a city budget squeeze, as struggling states around the nation plan deep cuts in aid to cities and local governments that will almost certainly result in more service cuts, layoffs and local tax increases...Moody’s Investors Service, the ratings agency, said in a report last week that many states '' 'are increasingly pushing down their problems to their local governments.' The Moody’s report warned that this would be 'the toughest year for local governments since the economic downturn began.'”
Posted by Bruce Schmiechen at 3/24/2011 No comments: 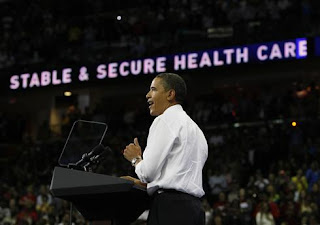 It's good for the country - CBPP reports HERE.

(Thanks to the Center on Budget & Policy Priorities for keeping us informed of the Affordable Care Act's benefits.)
Posted by Bruce Schmiechen at 3/24/2011 No comments:

Conservative government's austerity strategy in the UK: Surprise! It's not working...so "Let's try it here!" The GOP's agenda of spending cuts as the path to economic growth isn't just a dubious idea. It's a very bad reality that's not working and dragging the economy down in England, where the Conservative Party Cameron government enacted  a strategy of "austerity as the path to prosperity" last year.
As expected by most observers other than "true believers," British economic growth is in decline and tax revenues are less than anticipated, while inflation is up and their treasury has had to actually borrow more than Prime Minister Cameron's Conservatives projected.  So we can already see in the real world the "benefits" of slashing government spending - spending which in a deep recession is helping bolster an already weak economy. Not only are these "benefits" non-existent, an austerity agenda puts a drag on the economy and can actually increase budget deficits due to declining tax revenues as overall growth slows. Totally counterproductive!
Read more »
Posted by Bruce Schmiechen at 3/24/2011 No comments:

Winning Progressive is running the second "chapter" of our "Common Sense" Guide to the Great Deficit Debate & the Future of Our Economy today.  Thanks to the great folks over there & continue to check out their site - they are "sending the message of strong and sensible progressive values to the American public."
Posted by Bruce Schmiechen at 3/24/2011 No comments: