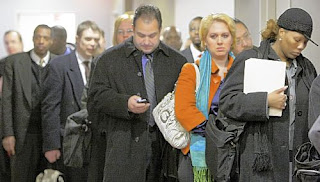 The New York Times has an extensive piece up today headlining that job numbers are key to President Obama's re-election.  It's sobering, to say the least. No President since Franklin Roosevelt has won another term with unemployment as high as it is today and no doubt will be next year - a historical trend that the President must overcome to keep his own job.  The central question is really will Americans believe in November 2012 that the President has done not just some of the right things to fight unemployment but all that he could. 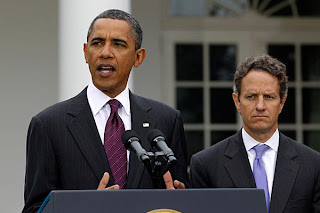 Politics are what they are in today's climate - and have become particularly toxic and stagnant since the huge mid-term loss of Congress by the Democrats. I understand the limitations of "should" versus "could."  But, as a supporter of the President, I have to ask myself whether jobs have really been the central focus of the administration. Has everything been proposed that actually might have had a chance of passage when the Democrats controlled Congress - or that was at least worth more of a fight? And even if every proposal obviously couldn't get passed, isn't putting forward a clear policy to attack unemployment also good politics?

If an Obama supporter such as myself is not sure that attacking lingering unemployment has been at the top of the White House's economic agenda, the President has a problem. (Of course, as it happens, the Democrats have their perennial Ace in the Hole for 2012 - the GOP's lack of credible alternatives and remarkable ability to over-reach in their anti-government radicalism.  Will this blowback carry the Democrats through 2012?  Some days I think the radicalization and extremism of the GOP is all the Democrats, as a disparate coalition from Blue Dogs to Progressives, have got holding them together.) 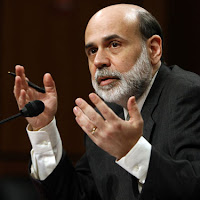 According to the story quoted below, there is nothing of substance currently on the table - the Fed has reverted to a "priority" of fighting inflation, although core inflation (price increases not reflective of volatile shifts in global oil and agricultural  commodities markets but related to inflationary wage pressures and "too much money") is virtually non-existent.

And the White House appears to have reverted to tinkering with corporate taxes in concert with the GOP, to "restoring business confidence" - whatever that means - and promoting exports to China. That's it.

Putting Americans back to work is the central issue of 2012, and the weak record of the past several years is not reasssuring. The story this Times article tells should become a clarion call for Democrats and the White House moving forward:


Roughly 9 percent of Americans who want to go to work cannot find an employer. Companies are firing fewer people, but hiring remains anemic. And the vast majority of economic forecasters, including the president’s own advisers, predict only modest progress by November 2012.

The latest job numbers, due Friday, are expected to provide new cause for concern. Other indicators suggest the pace of growth is flagging...

But the grim reality of widespread unemployment is drawing little response from Washington.