Unfortunately we have to review the noxious stuff that spews forth from Newt Gingrich. Robert Reich has the latest here: 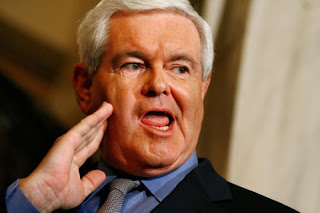 Newt Gingrich has done it again. With his new tax plan he has raised the bar from irresponsibility to recklessness.

Every dollar estimate I’m about to share with you comes from the independent, non-partisan Tax Policy Center – a group whose estimates are used by almost everyone in Washington regardless of political persuasion.

First off, Newt’s plan increases the federal budget deficit by about $850 billion – in a single year!

James Suroweicki on the default double-standard for mortgage-holders and corporations:


We normally say that a company “went bankrupt,” implying that it had no choice. But when, recently, American Airlines filed for bankruptcy, it did so deliberately. The airline had four billion dollars in the bank and could have kept paying its bills. But it has been losing money for a while, and its board decided that it was foolish to keep throwing good money after bad. Declaring bankruptcy will trim American’s debt load and allow it to break its union contracts, so that it can slim down and cut costs. 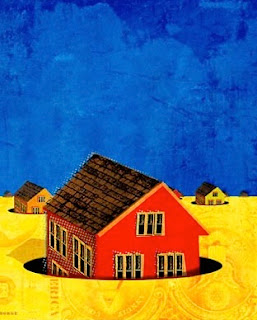 American wasn’t stigmatized for the move. Instead, analysts hailed it as “very smart.” It is now generally accepted that when it’s economically irrational for a company to keep paying its debts it will try to renegotiate them or, failing that, default. For creditors, that’s just the price of business. But when it comes to another set of borrowers the norms are very different. The bursting of the housing bubble has left millions of homeowners across the country owing more than their homes are worth. In some areas, well over half of mortgages are underwater, many so deeply that people owe forty or fifty per cent more than the value of their homes. In other words, a good percentage of Americans are in much the same position as American Airlines: they can still pay their debts, but doing so is like setting a pile of money on fire every month.

These people have no hope of ever making a return on their investment in their homes. So for many of them the rational solution would be a “strategic default”—walking away from the mortgage and letting the bank take the house. Yet the vast majority of underwater borrowers keep faithfully paying their mortgages; studies suggest that perhaps only a quarter of all foreclosures are strategic. Given how much housing prices have fallen, the question is why more people aren’t just walking away.