Although Mitt Romney is as credible as a used-car salesman, there's at least one thing that we know is at stake Nov. 6

Mitt Romney has proven himself the "Etch-a-Sketch" candidate on any and every issue, but James Suroweicki @ The New Yorker explains at least one thing we can count on if this slippery character manages to hedge and edge his way into the White House: 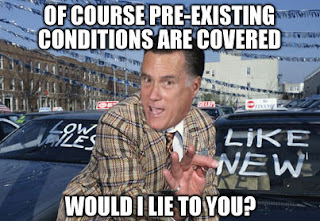 Mitt Romney can be a hard man to pin down. But there is one thing that he’s been clear about: if he becomes President, he will repeal Obamacare. That simple promise, more than any other that Romney has made, illuminates what is most at stake in this year’s election. The campaigns may spend most of their time talking about taxes and jobs. But health care is where the election’s outcome will have the most immediate and powerful impact on how Americans live.


In 2010 an undervalued renminbi was a significant drag on advanced economies, including the United States. Since then, however, two big things have happened: relatively high inflation in China, and some appreciation of the renminbi against the dollar. As a result, the real exchange rate of China against the United States (based on consumer prices), has appreciated significantly: 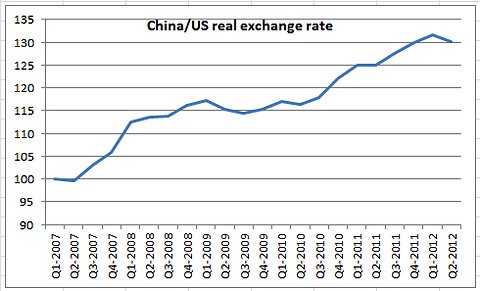 At the same time. China’s surplus has come way down: 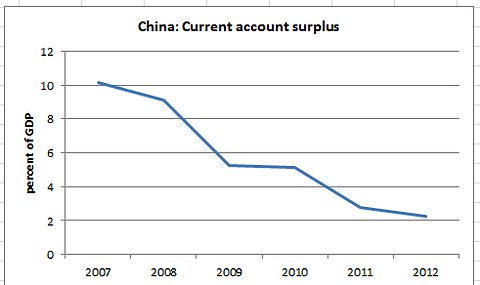 So this is an odd time to be making confrontation over China’s currency a centerpiece of your economic policy — unless, of course, it’s just bluster aimed at making voters think you’re tough. 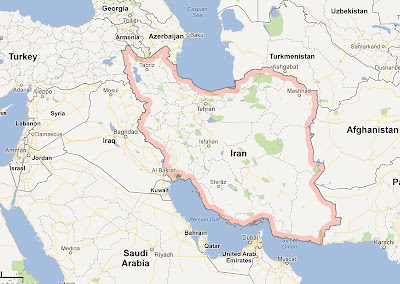 Mitt Romney repeated his contention that Syria is Iran’s route to the sea. This is a puzzling claim, considering that Syria shares no border with Iran — Iraq and Turkey are in the way — and that Iran has about 1,500 miles of coastline along the Persian Gulf and Gulf of Oman, leading to the Arabian Sea.

Email ThisBlogThis!Share to TwitterShare to FacebookShare to Pinterest
Labels: 2012, Willardisms

Do tax cuts for the rich turn them into "job creators"?

The centerpiece of Mitt Romney’s tax plan is an across-the-board 20 percent cut in marginal tax rates. This cut, along with a few other tax changes Mr. Romney has endorsed – such as repeal of the estate tax and the alternative minimum tax – would reduce federal tax revenue from personal income and payroll taxes by an estimated $3.6 trillion to $3.8 trillion over 10 years.

The total is closer to $5 trillion when Mr. Romney’s proposed cut in the corporate income tax rate to 25 percent is included. About two-thirds of this amount would go to taxpayers making $200,000 a year or more – about 5 percent of all taxpayers.

Extending the Bush tax cuts for high-income earners, as Mr. Romney proposes, adds another trillion in lost revenue and increases the share of the benefits going to the top 5 percent. Even if the cost of the Romney tax cuts for the top 5 percent is covered by base-broadening measures, as Mr. Romney promises – but as President Obama and many others assert is mathematically impossible – does it make sense to devote trillions of dollars to lowering income taxes for the top 5 percent? Is this an effective way to create jobs?

Mr. Romney appears to think so. His plan rests on the assertion that lower taxes for high-income taxpayers will increase economic activity and employment – that lower taxes for job creators create jobs and will do so quickly. This assertion, while superficially convincing and ideologically compelling, is not supported by the evidence.