Visit NBCNews.com for breaking news, world news, and news about the economy
Posted by Bruce Schmiechen at 7/16/2012 No comments: Links to this post

Mitt Romney: Where the money comes from

It's useful, given the disingenuous (at best) pushback from the Romney campaign sewer against President Obama's reminder that the US government has, as a matter of American History 101, assisted our "job creators" in succeeding, from the railroads to the internet, to examine just how the Champion of "Private Equity" - Willard Mitt Romney - managed the Salt Lake City Olympics.  This episode is an activity of his that has come under little-to-zero scrutiny, other than as a "fine whine" to dodge any responsibility or benefit as CEO and 100% shareholder of Bain Capital from some job-killing investment decisions he doesn't want to account for or is embarrassed by that transpired after 1999. This by Donald Bartlett and James Steele from the Sports Illustrated archives (via Charles Pierce) :

A 996% increase in Federal Spending...for Olympic games that Willard claims he "rescued!"  Gotta love those "free enterprise" Republicans like Willard.  The hypocrisy reeks! Can we afford to let him try to "rescue" our nation's economy with a record like that?

(Check out Charles Pierce entire piece at Esquire as well as the amazing archived article from SI.)

Mitt Romney: "Where the Money Lives" 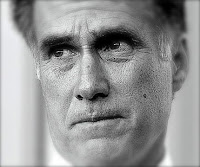 Vanity Fair: "For all Mitt Romney’s touting of his business record, when it comes to his own money the Republican nominee is remarkably shy about disclosing numbers and investments. Nicholas Shaxson delves into the murky world of offshore finance, revealing loopholes that allow the very wealthy to skirt tax laws, and investigating just how much of Romney’s fortune (with $30 million in Bain Capital funds in the Cayman Islands alone?) looks pretty strange for a presidential candidate."  Read the entire investigative piece on Romney's shadowy finances HERE.
Posted by Bruce Schmiechen at 7/16/2012 No comments: Links to this post

Let’s try to stick to the real world

Aaron Carrol at The Incidental Economist responds to a fact-challenged hit piece on Medicaid by Tyler Cowan in the NYTs:

I get a bit annoyed by the claim that an expansion of government insurance leads to lines and waiting when lots of countries have universal access and less of a wait-time problem than we do. Moreover, almost no one makes this argument when we expand private insurance, only government.

I get a bit annoyed by blanket claims that doctors won’t accept Medicaid. Such statements often ignore the fact that the majority of Medicaid beneficiaries are children and pregnant women. We don’t need all types of doctors to accept Medicaid patients in equal numbers. They also ignore the fact that lots of doctors won’t accept new patients with Medicare or private insurance, either.

I get a bit annoyed when people just claim government programs are “unpopular”. Like Medicare? I don’t think so. Is there any evidence that Medicaid is unpopular? I’d like to see it. Personally, I think that the fact that (a) all 50 states have bought in over time and (b) the Supreme Court just rules that threatening to take it away is “coercive” speaks to the opposite. Additionally, polling shows the opposite ...

I get a bit annoyed at the blanket acceptance of the awesomeness of the free market in health care, when there is no phenomenal evidence of its success. And again, those countries with less free market are cheaper, universal, and often just as good. So why are we always trying to run away from them?

Posted by Bruce Schmiechen at 7/16/2012 No comments: Links to this post


Mitt Romney touts his business acumen and job-creation record as a key qualification for being the next U.S. president. 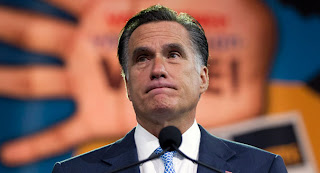 What’s clear from a review of the public record during his management of the private-equity firm Bain Capital from 1985 to 1999 is that Romney was fabulously successful in generating high returns for its investors. He did so, in large part, through heavy use of tax-deductible debt, usually to finance outsized dividends for the firm’s partners and investors. When some of the investments went bad, workers and creditors felt most of the pain. Romney privatized the gains and socialized the losses.

What’s less clear is how his skills are relevant to the job of overseeing the U.S. economy, strengthening competitiveness and looking out for the welfare of the general public, especially the middle class.

Thanks to leverage, 10 of roughly 67 major deals by Bain Capital during Romney’s watch produced about 70 percent of the firm’s profits. Four of those 10 deals, as well as others, later wound up in bankruptcy. It’s worth examining some of them to understand Romney’s investment style at Bain Capital.