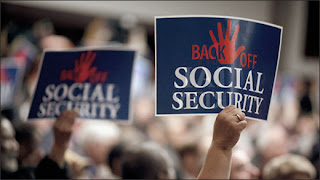 I hope the President starts negotiations over a “grand bargain” for deficit reduction by aiming high. After all, he won the election. And if the past four years has proven anything it’s that the White House should not begin with a compromise.

Assuming the goal is $4 trillion of deficit reduction over the next decade (that’s the consensus of the Simpson-Bowles commission, the Congressional Budget Office, and most independent analysts), here’s what the President should propose:

First, raise taxes on the rich – and by more than the highest marginal rate under Bill Clinton or even a 30 percent (so-called Buffett Rule) minimum rate on millionaires. Remember: America’s top earners are now wealthier than they’ve ever been, and they’re taking home a larger share of total income and wealth than top earners have received in over 80 years.

"The Sham of Simpson Bowles"

Erskine Bowles and former Senator Alan Simpson deserve some kind of medal for creating the widely held perception that their plan for reducing the deficit and debt is anything other than a bad proposal. 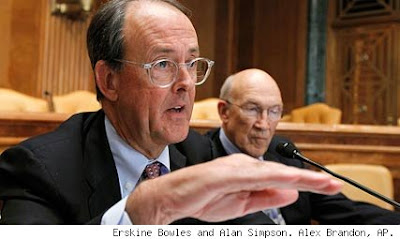 It has been nearly two years since the commission they chaired, which I served on, finished its work. The duo’s proposal has attained almost mythical status in Washington as the epitome of what a “grand bargain” should look like.

But everyone look again. They will discover that it is far less than meets the eye.

Have Simpson-Bowles’ champions read it? Given any real scrutiny, this plan falls far short of being a serious, workable or reasonable proposal – from either an economic or political analysis.

In one of its few specific points, for example, Simpson-Bowles mandates a top individual tax rate of 29 percent “or less.” Much like the vague Romney proposals, the Simpson-Bowles plan would make up the shortfall by eliminating tax loopholes, suggesting options such as having employees pay taxes on their health benefits. Not only is this likely to increase costs to middle-income families, it could threaten coverage altogether. The proposal for corporate tax reform would eliminate taxes on profits earned overseas, rewarding companies that move jobs offshore.