Bad News for Growth: Since 2009 Government has been shrinking


While Washington debates whether big government is holding back the economy, it’s worth keeping a couple of facts in mind: Government has been shrinking steadily for two years, and compared to the size of the overall economy, government is actually slightly smaller today than it has been on average in the postwar era. 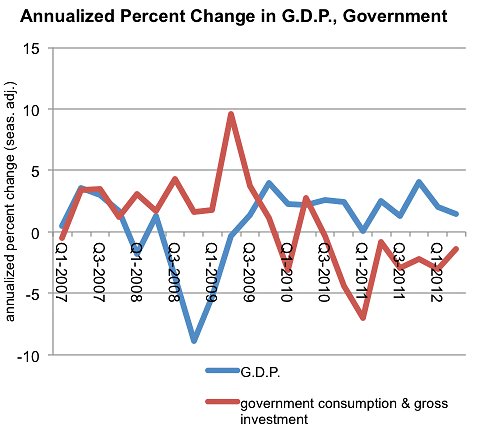 In other words, without the drag of shrinking government, the growth rate of the overall economy (which is measured as consumer spending + investment + government spending + net exports) would be faster. That is even before you consider how public layoffs ripple through the private sector as unemployed workers curb their spending.

Indeed, the shrinking government labor force is another factor worth noting when thinking about the role of government in the economy. While President Obama has been pegged as a big-government politician, the total number of government jobs has actually fallen under his presidency. Federal payrolls have risen a little bit, but not enough to fully plug the steady leak of layoffs at the state and local level. 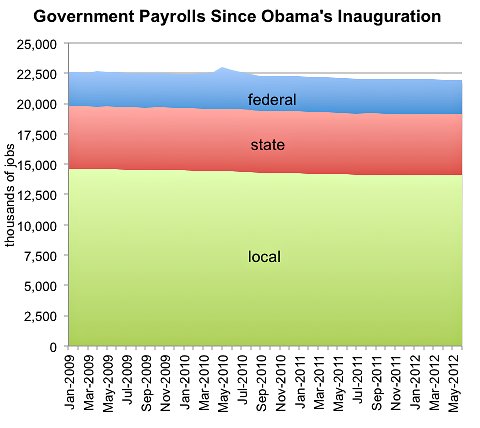 Bureau of Labor Statistics, via Haver Analytics
Finally, to help you further put the size of government in perspective, consider that government spending relative to the size of the overall economy is actually slightly below its long-term, postwar average. 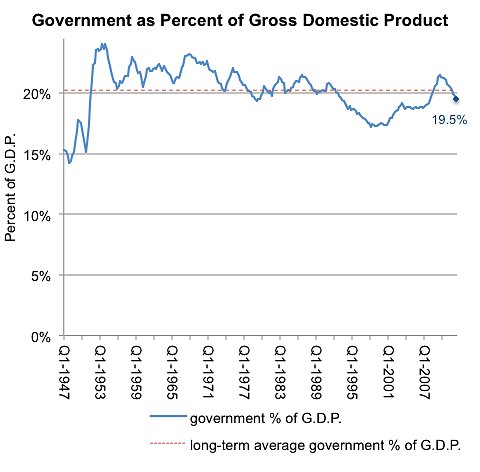 Bureau of Economic Analysis, via Haver Analytics
For context, note that during Reagan’s administration, government spending represented 20.7 percent of the country’s gross domestic product, just above the country’s longer-term average.

It is perhaps no wonder, then, that much of President Obama’s liberal base is unhappy that the federal government has not done more to stimulate growth, even as his conservative critics decry socialism.