We should be talking about increases in Social Security, not cuts...

The initiative supported by Senators Tom Harkin, Sherrod Brown, Bernie Sanders, Elizabeth Warren and other reliable liberals to change the conversation about Social Security from cuts to the need for increases in a program where the typical senior gets less than $1500 a month for their retirement has freaked out the "serious" people at the Washington Post. The Professor responds. Paul Krugman @ NYTs: 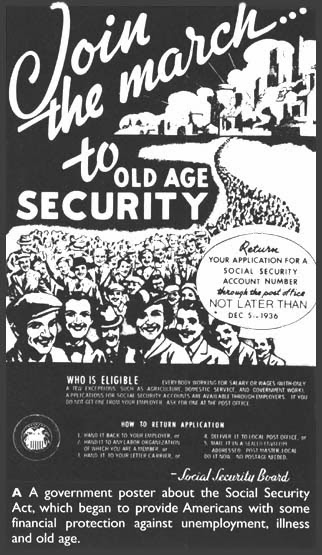 The Washington Post editorial board wants to cut Medicare and Social Security. That has been its consistent position as long as I can remember. And what it advocates, always, are cuts in benefits, not costs — that is, while it may give lip service to efforts to control health-care costs (which seem to be going surprisingly well, in one of the untold success stories of Obamacare), what it has pushed repeatedly are things like a rise in the Medicare age. These are the kind of moves that are considered serious inside the Beltway. And as you might imagine, the Post has gone wild over recent suggestions that Social Security should be expanded, not cut.

But perceived seriousness is not the same as actual seriousness, which depends on the facts. We now know that raising the Medicare age is a truly terrible idea, which would create a lot of hardship while making next to no dent in the budget deficit. And the central premise of the latest editorial — that the elderly are doing fine — just isn’t true.


The bill’s authors warn of a looming “retirement crisis” because of low savings rates and disappearing private-sector pensions. In fact, the poverty rate among the elderly is 9.1 percent, lower than the national rate of 15 percent — and much lower than the 21.8 percent rate among children.

This suggests that Social Security is doing a good job of fighting poverty as is and that those gains could be preserved in any attempt to trim the program.