Joe Sarborough out of his "stunningly superficial" depth

Joe Scarborough, once again, proves that sidekick Mika's dad, Zbigniew Brzezinski, was spot on with his observation that the Morning Joe host was "stunningly superficial." 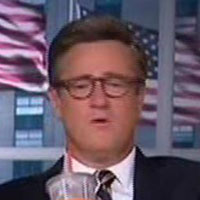 Joe Scarborough and Paul Krugman are having a very interesting argument that offers a useful peek into Beltway deficit mania. It’s a reminder that even as the deficit as a share of GDP has begun to come down, and even as President Obama is trying to refocus the conversation (to some degree) on a more progressive second term agenda, the Beltway Deficit Feedback Loop is alive and well.

To summarize, Krugman went on Morning Joe the other day and reiterated his view that the deficit is mostly a function of the bad economy, and that it isn’t the long term menace to American civilization that the deficit hysterics — who are really motivated by a desire to shrink government — would have you believe. Scarborough responded with this:

Paul Krugman vs. the world

Of course, Krugman isn’t really isolated in this view. Joe Weisenthal responded this morning to Scarborough with a list of 10 prominent economists and public officials who largely agree with Krugman that deficit hysteria is misguided and overblown. As Weisenthal puts it: “there are plenty of economists and economically-literate minds who think that, to varying degrees, the deficit is not what we should be worrying about.”