Mitt Romney’s choice of Paul Ryan as his running mate led to a wave of pundit accolades. Now, declared writer after writer, we’re going to have a real debate about the nation’s fiscal future. This was predictable: never mind the Tea Party, Mr. Ryan’s true constituency is the commentariat, which years ago decided that he was the Honest, Serious Conservative, whose proposals deserve respect even if you don’t like him. 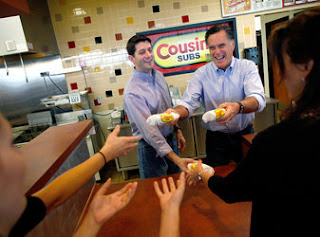 But he isn’t and they don’t. Ryanomics is and always has been a con game, although to be fair, it has become even more of a con since Mr. Ryan joined the ticket.

Let’s talk about what’s actually in the Ryan plan, and let’s distinguish in particular between actual, specific policy proposals and unsupported assertions. To focus things a bit more, let’s talk — as most budget discussions do — about what’s supposed to happen over the next 10 years.

On the tax side, Mr. Ryan proposes big cuts in tax rates on top income brackets and corporations. He has tried to dodge the normal process in which tax proposals are “scored” by independent auditors, but the nonpartisan Tax Policy Center has done the math, and the revenue loss from these cuts comes to $4.3 trillion over the next decade.