The Folly of Ideological Zealots, aka Republicans circa 2012

Timothy Snyder at New York Review of Books on the "Grand Old Marxists": 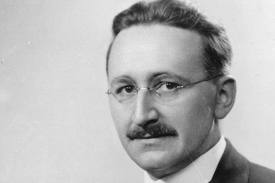 A specter is haunting the Republican National Convention—the specter of ideology. The novelist Ayn Rand (1905–1982) and the economist Friedrich von Hayek (1899–1992) are the house deities of many American libertarians, much of the Tea Party, and Paul Ryan in particular. The two thinkers were quite different...Yet, in popularized form, their arguments together provide the intellectual touchstone for Ryan and many others on the right wing of the Republican Party, people whose enthusiasm Mitt Romney needs. 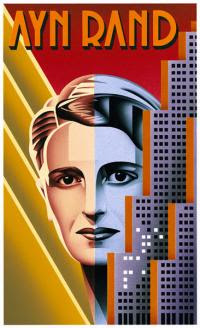 The irony of today is that these two thinkers, in their struggle against the Marxist left of the mid-twentieth century, relied on some of the same underlying assumptions as Marxism itself: that politics is a matter of one simple truth, that the state will eventually cease to matter, and that a vanguard of intellectuals is needed to bring about a utopia that can be known in advance. The paradoxical result is a Republican Party ticket that embraces outdated ideology, taking some of the worst from the twentieth century and presenting it as a plan for the twenty-first.

Romney’s choice of an ideologist as his running mate made a kind of sense. Romney the financier made hundreds of millions of dollars in an apparent single-minded pursuit of returns on investment; but as a politician he has been less noted for deep principles then for expediently changing his positions...

Insofar as he is a man of principle, the principle seems to be is that rich people should not pay taxes. His fidelity to this principle is beyond reproach, which raises certain moral questions. Paying taxes, after all, is one of our very few civic obligations. By refusing to release his tax returns, Romney is likely trying to keep embarrassing tax dodges out of public view; he is certainly communicating to like-minded wealthy people that he shares their commitment to doing nothing that could possibly help the United States government. The rationale that Ryan’s ideology provides for this unpatriotic behavior is that taxing rich people hinders the market...our primary responsibility as American citizens is to give way to the magic of the marketplace, and applaud any associated injustices as necessary and therefore good.