"The Foreclosure Crisis: A Government in Denial"


The financial crisis began with the housing crisis and it will not end until we resolve housing. Government policymakers who seemingly ignore this basic fact are leading the nation to another potential catastrophe.

This past week, a number of important events occurred in Washington, including important recess appointments by President Obama. However, the most noteworthy event did not make front page news: the Federal Reserve’s (apparently) unsolicited memo to the committees of Congress that oversee financial services warning of the dangers the current housing market poses for the economy. 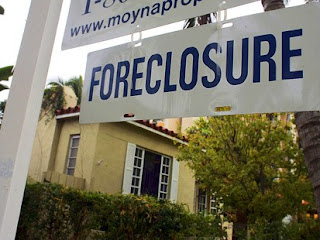 This represents an extraordinary action and underscores both the seriousness of the continuing crisis and the absence of meaningful discussion of the problem in Washington. Bernanke’s memo reviewed federal actions to date and effectively concluded that they were unlikely to solve this national tragedy.

The memo concluded, in part:


The challenges faced by the U.S. housing market today reflect, in part…a persistent excess supply of homes on the market; and losses arising from an often costly and inefficient foreclosure process (and from problems in the current servicing model more generally)… Absent any policies to help bridge this gap, the adjustment process will take longer…pushing house prices lower and thereby prolonging the downward pressure on the wealth of current homeowners and the resultant drag on the economy at large.
This memo is notable for several reasons. First, it’s important to remember that when the Fed speaks, it does so in sober, limited terms. So an unprompted Fed warning suggesting “a persistent excess of supply” and a “resultant drag on the economy” is comparable to the Secretary of Homeland Security holding a press conference to warn of the risk of an imminent national emergency. Second, an unprompted memo from Bernanke to the House means that he is so deeply worried he felt the need to speak out in as strong a voice as his position permits. Third, the Fed rarely speaks on issues unrelated to its direct activities. Indeed, The Wall Street Journal subsequently wrote, “For an institution that jealously guards its independence, the Federal Reserve is wading into treacherous political waters.”