David Frum: "On the most urgent issue of the day...the GOP is seriously wrong"

I am loathe to credit former "W" Bush speech-writer David Frum - a leading proponent of the Iraq war and author of the nutty and utterly incoherent "Axis of Evil" (Iraq-Iran-North Korea) locution that signaled the cynicism and delusions of the Bush-Cheney inner circle - but increasingly Frum has come around to a relatively reasonable and chastened  conservatism that rejects the aggressive ignorance of the Tea Party Right and takes a step back from the most assertive neo-conservative expressions of global bullying as a "national security" strategy. 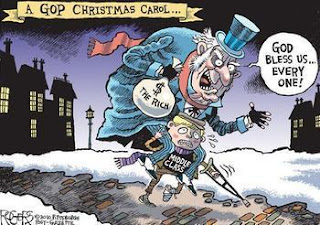 In a commentary entitled, paradoxically, "What Romney Gets Right", the conservative gadfly Frum acknowledges that the GOP is totally bankrupt in its economic agenda.

Frum's conclusions about the chameleon Romney are tepid at best ("the only one who has shown any degree of skepticism about the profoundly and dangerously mistaken Republican consensus"), but his indictment of Republican orthodoxy is brutal, considering it's coming from a very conservative author:


On the most urgent economic issue of the day – recovery from the Great Recession – the Republican consensus is seriously wrong.

The "One Percenters" - charting the economic elite

From Think Progress - The top five facts we should know about the wealthiest 1% at the pinnacle of growing U.S. income inequality:


1. The Top 1 Percent Of Americans Owns 40 Percent Of The Nation’s Wealth: As Nobel Laureate Joseph Stiglitz points out, the richest 1 percent of Americans now own 40 percent of the nation’s wealth. 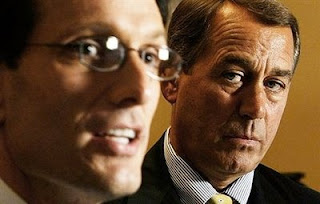 The Republicans are desperate. They have no serious policy agenda in the face of our jobs crisis - other than  recycling the most stale, disreputable and evidence-free assertions about taxes and federal regulations "killing jobs," despite all evidence to the contrary.

Lingering extreme unemployment is driven by lack of consumer demand - there's not enough spending to sustain full recovery.  Businesses - small businesses in particular - are not hiring because they're not making sales. Taxes are lower than ever and government regulations have nothing to do with the extended crisis - other than regulatory failure in the financial sector helping to trigger the economic collapse three years ago.