(Deficit Hawks) have cried wolf too many times. They’ve spent three years warning of imminent crisis — if we don’t slash the deficit now now now, we’ll turn into Greece, Greece, I tell you. It is, for example, almost two years since Alan Simpson and Erskine Bowles declared that we should expect a fiscal crisis within, um, two years. 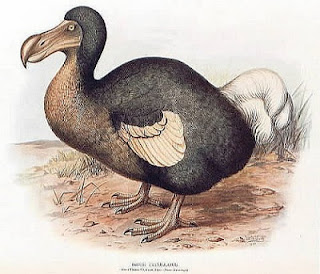 But that crisis keeps not happening. The still-depressed economy has kept interest rates at near-record lows despite large government borrowing, just as Keynesian economists predicted all along. So the credibility of the scolds has taken an understandable, and well-deserved, hit.

...(B)oth deficits and public spending as a share of G.D.P. have started to decline — again, just as those who never bought into the deficit hysteria predicted all along.
The truth is that the budget deficits of the past four years were mainly a temporary consequence of the financial crisis, which sent the economy into a tailspin — and which, therefore, led both to low tax receipts and to a rise in unemployment benefits and other government expenses. It should have been obvious that the deficit would come down as the economy recovered. But this point was hard to get across until deficit reduction started appearing in the data.

Now it has — and reasonable forecasts, like those of Jan Hatzius of Goldman Sachs, suggest that the federal deficit will be below 3 percent of G.D.P., a not very scary number, by 2015.

And it was, in fact, a good thing that the deficit was allowed to rise as the economy slumped. With private spending plunging as the housing bubble popped and cash-strapped families cut back, the willingness of the government to keep spending was one of the main reasons we didn’t experience a full replay of the Great Depression...

"Why Government Spending Is Not Out of Control"

It is a standard talking point of Republicans and deficit hawks of all political stripes that federal spending is out of control; that major surgery is needed, especially on entitlement programs such as Social Security and Medicare, to get the budget on a sustainable course.

In fact, our long-term deficit situation is not nearly as severe as even many budget experts believe. The problem is that they are looking at recent history and near-term projections that are overly impacted by one-time factors related to the economic crisis and massive Republican tax cuts that lowered revenues far below normal.
Taking a longer-term view, such as that in a recent Treasury Department report, shows that our longer-term fiscal problem is in fact quite manageable.

As the chart below illustrates, federal spending ballooned in fiscal year 2009 mainly because of what economists call “automatic stabilizers” – programs already in law such as unemployment compensation that rises whenever a recession occurs. Spending rose from 20.7 percent of the gross domestic product in fiscal year 2008 to 25 percent in 2009.

Republicans would have us believe that all of this resulted from Barack Obama’s policies, but this is simply a partisan lie. Fiscal year 2009 actually began on September 1, 2008, and was based on the budget that George W. Bush submitted in January 2008.