As a young graduate student pursuing an advanced degree in modern European history, Newt Gingrich wrote a dissertation titled “Belgian Education Policy in the Congo: 1945-1960.” Thereafter, in the course of writing 23 books, the scholar-politician pontificated on many subjects, from the pope to a “pouting sex kitten,” who appears for a quick romp in a novel about the Civil War.

None of his work had anything to do with the home lending practices that would help to destroy the American economy. So why would Freddie Mac pay $300,000 to Professor Gingrich in 2006 – just as the troubled mortgage lender was facing calls on Capitol Hill for increased regulation?

Turns out, that was just small change in the overall sweetheart deal that no historian but Gingrich could ever get. Bloomberg News reported this week that Gingrich made between $1.6 million and $1.8 million for giving additional “advice” to Freddie Mac. When I asked about the amount, a Freddie Mac spokesman refused to comment, but officials at the agency who are familiar with the contracts confirmed the numbers reported by Bloomberg.

This is not just another Gingrich laugher, up there with his revolving Tiffany’s account or his multiple personal hypocrisies. This story encapsulates why Washington is broken and how the powerful protect and enrich themselves, unanchored to basic principles.

YOU CANNOT EVICT AN IDEA WHOSE TIME HAS COME

The safety net amidst the Great Recession 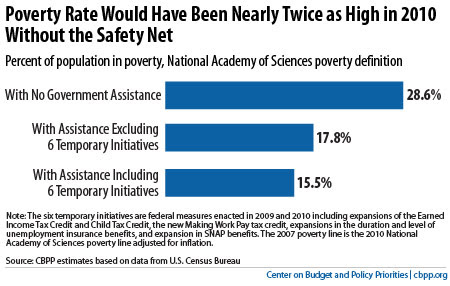 Wonkblog on the Eurocrisis

This doesn't explain the Eurocrisis, but it helps explain areas of potential impact on the US economy - the worst of which, in the apparently still dense jungle of finance, seem still unknown.  Brad Plumer at Wonkblog:

Part of the reason for that is that Europe is one of our major trading partners — accounting for about one-fifth of U.S. exports. Over at Real Time Economics, Josh Mitchell put together a handy chart, using Wells Fargo data, showing which states export the most goods to Europe, and hence would get hit hardest by a Europe slump:

Utah’s gold exports, South Carolina’s auto exports, and West Virginia’s coal exports are potentially at greatest risk. The one sliver of good news is that, as Wells Fargo notes, most states have major trade flows primarily with countries like the United Kingdom, France, the Netherlands and Germany, rather than the most fragile countries like Greece and Italy and Spain. So it’s tough to say, exactly, how a slowdown overseas would play out here.

Meanwhile, the bigger, scarier unknown is whether financial mayhem in Europe could wreak havoc on U.S. banks.