"The magical world of voodoo economics" 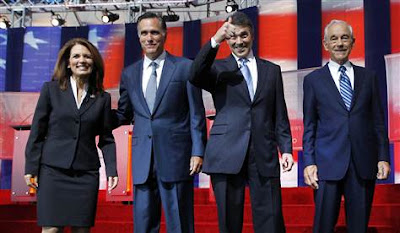 
If you came up with a bumper sticker that pulls together the platform of this year’s crop of Republican presidential candidates, it would have to be:

It’s not just the 21st century they want to turn the clock back on — health-care reform, global warming and the financial regulations passed in the wake of the recent financial crises and accounting scandals.

Email ThisBlogThis!Share to TwitterShare to FacebookShare to Pinterest
Labels: The Crazy

Reckless, Dumb and Scared: Growing Up in Dysfunction Post-9/11 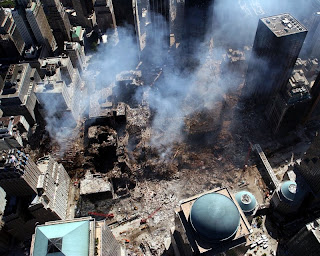 Which is not to say that we won, either. It’s more to say it’s been a weird decade.

According to the Gallup Poll, President Barack Obama’s “Osama bump” in his approval rating was about five points and lasted about five weeks. Think about that for a second: President Obama ordered a daring SEAL raid that ended in the execution of America’s deadliest foe and the president’s approval rose five points for five weeks. The president can get five points for five weeks by switching from white bread to whole grains. He could probably get twice that from a single appearance on “American Idol.”